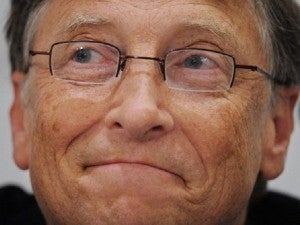 SAN FRANCISCO — Apple co-founder Steve Jobs has had an impact on the world which will last for generations, Microsoft boss Bill Gates said Wednesday, adding that it had been “an insanely great honor” to know him.

“Steve and I first met nearly 30 years ago, and have been colleagues, competitors and friends over the course of more than half our lives,” he said, adding that he was “truly saddened” to learn of his death.

“The world rarely sees someone who has had the profound impact Steve has had, the effects of which will be felt for many generations to come,” he said in statement received by Agence France-Presse.

“For those of us lucky enough to get to work with him, it’s been an insanely great honor. I will miss Steve immensely,” he added.

Jobs and Gates had famously testy relations over the years, as Microsoft went from strength to strength, while Jobs’ Apple fortunes faltered before he came back to take crown with iconic products like the iPod, iPhone and iPad.

In a 1994 Rolling Stone interview, Jobs said: “If you say, well, how do you feel about Bill Gates getting rich off some of the ideas that we had … well, you know, the goal is not to be the richest man in the cemetery.