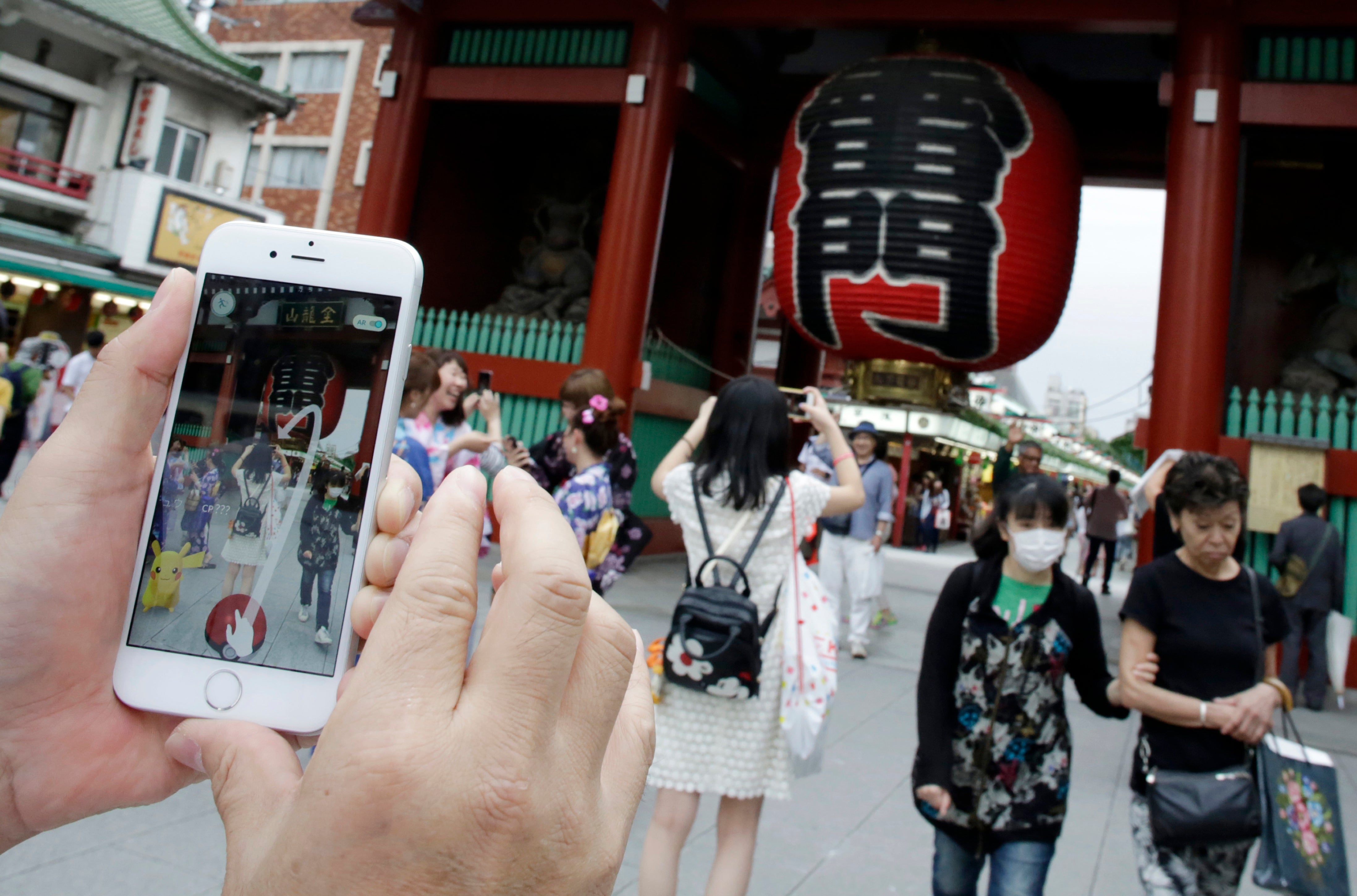 A man tries to catch a Pikachu, a Pokemon character, while he plays “Pokemon Go” in front of Kaminarimon, or Thunder Gate, at the Sensoji temple in Tokyo’s Asakusa shopping and tourist district, Friday, July 22, 2016. Users began tweeting it was available Friday morning, and the Pokemon Co. and the developer of the augmented reality game, U.S.-based Niantic Inc., confirmed its launch shortly after. AP

WASHINGTON, United States — There are no borders in the world of Pokemon Go.

But two young fans of the hit smartphone game were so preoccupied with catching cartoon monsters that they wandered across the US-Canada border in real life.

US Border Patrol agents spotted the pair illegally walking from Canada into the US on Thursday evening, the agency’s office in Sweetgrass, Montana said in a statement.

“Both juveniles were so captivated by their Pokemon Go games that they lost track of where they were. They crossed the international border inadvertently,” public affairs officer Michael Rappold was quoted as saying.

The youngsters were detained briefly while agents contracted their mother, with whom they were later reunited.

It was a happy ending for the two youngsters.

Other Pokemon Go players have not been so lucky, finding themselves the victims of robbery or violent crimes. Fans have also been blamed for causing traffic accidents.

In Indonesia, a French player was stopped and questioned for several hours after the app led him into a military base.

ADVERTISEMENT
TOPICS:
Read Next
Young Tawi-Tawi scientist out to save sea of childhood
EDITORS' PICK
Roque to Del Rosario: Don’t dictate what Duterte should do in West PH Sea row
Water remains our saving grace right now
What’s happening to the ICT Industry and its role in helping businesses today
AFP chief asks Facebook to bring back pages of ‘advocacy groups’
US Congress bill seeks to halt assistance to PH police, military
Siomai King Express debuts with mouth-watering seasonal products
MOST READ
ABS-CBN chairman Gabby Lopez resigns from network, other Lopez-owned firms
Pogo exodus seen to empty more than a tenth of Metro Manila offices, condo units
How can I tell the difference between the flu and COVID-19?
Think tank Infrawatch PH raises more red flags on Manila Bay project
Don't miss out on the latest news and information.