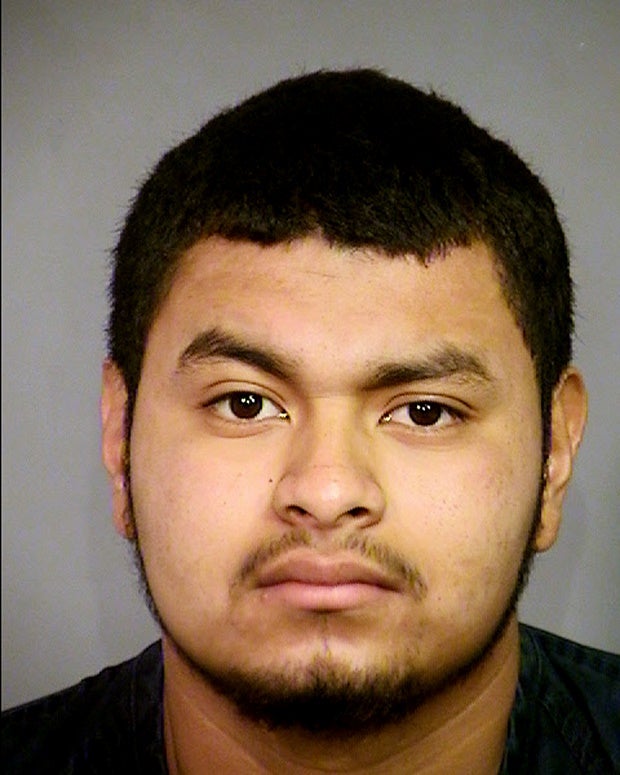 This Monday, July 25, 2016 photo provided by the Las Vegas Metropolitan Police Department shows Elvis Campos. Police say Campos, accused of trying to rob Pokemon Go players in Las Vegas before a shootout left him and a player injured, now faces charges of conspiracy, robbery, battery and assault with a deadly weapon. Authorities said Tuesday that Campos was taken to jail after being treated at a hospital for a gunshot wound to the back. AP

LAS VEGAS — Bail was set Wednesday at $95,000 for a man accused of exchanging gunfire with a Pokemon Go player he was trying to rob in a Las Vegas park identified as a hot spot for virtual creature hunting.

Elvis Campos, 18, had a deputy Clark County public defender named to his case pending an Aug. 11 preliminary hearing on felony charges of attempted murder, conspiracy, robbery, battery and assault with a deadly weapon.

READ: Gunman gets shot by Pokemon Go player he tried to rob

The lawyer, Kambiz Shaygan, didn’t immediately respond to messages from The Associated Press.

One game player who police say had a concealed weapon permit drew his own gun and exchanged fire with Campos. Both were wounded with what police said were not life-threatening injuries.

Police haven’t said who fired first or how many shots were fired.

Police said they also arrested a juvenile drove a getaway with Campos in it. His name wasn’t made public due to his age.

Facebook users in a few Pokemon Go groups have suggested the location of the shooting, Gary Reese Freedom Park, as a hotspot for a particular kind of a fish-like pocket monster known as Magikarp.

Police haven’t said if the Pokemon players were targeted.