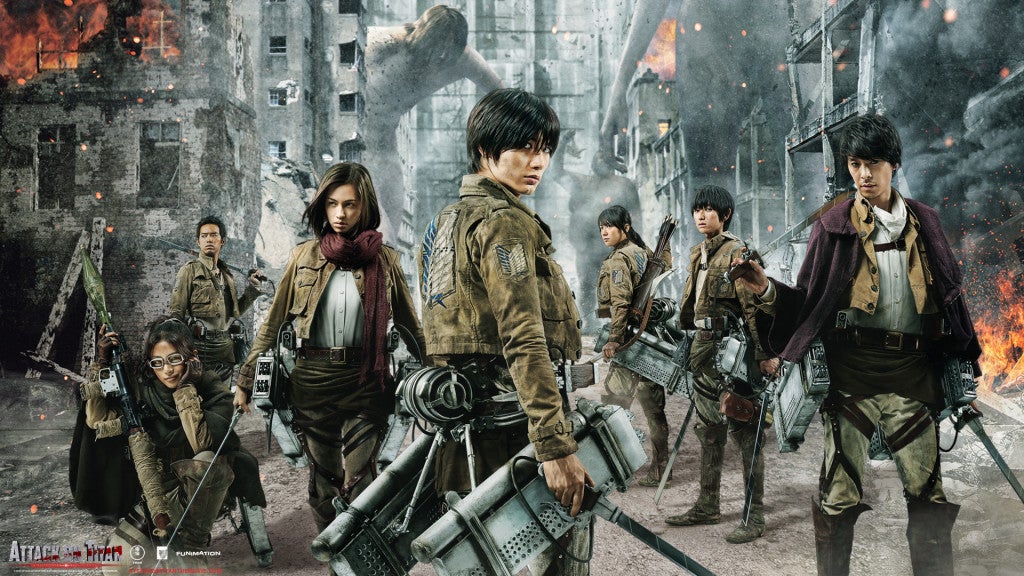 Attack on Titan The Movie premieres on local television through ABS-CBN, dubbed in Tagalog. Image AttackOnTitanTheMovie.com

When the live action movie of famous manga series “Attack on Titan (Shingeki no Kyojin)” premiered in Philippine cinemas, it created quite a stir. Now ABS-CBN has just premiered the movie on local television, albeit in Tagalog-dubbed version. Netizens have been quick in posting their reactions.

The movie itself received mixed reactions upon its initial release and it would seem that the Tagalog-dubbed version aired on ABS-CBN is receiving the same mixed reactions from netizens. Many have expressed amusement while some felt disappointment for the number of cuts made and the fact that the movie is being aired in Tagalog.

On another note, a few have expressed their anticipation for the second movie and the second season of Attack on Titan’s anime iteration. Some of the netizens’ reactions can be found below.  Alfred Bayle/rga 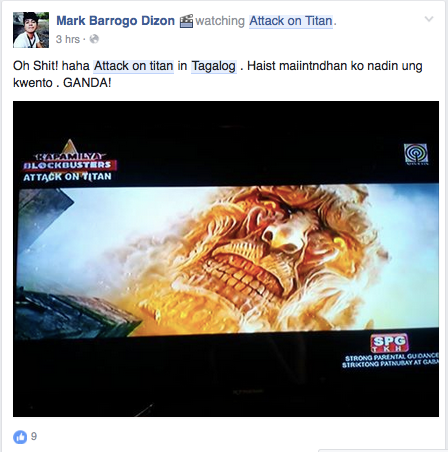 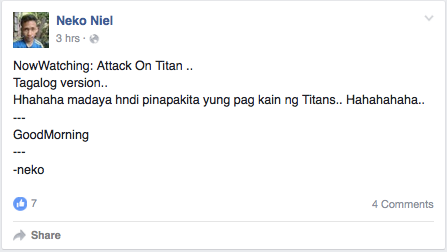 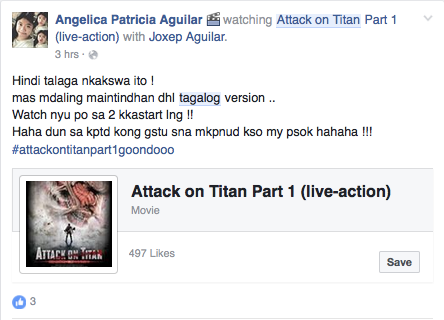 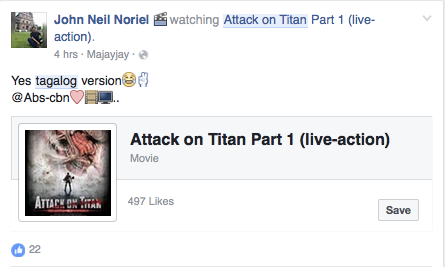 ADVERTISEMENT
TOPICS: ABS-CBN, Attack on Titan, Shingeki no Kyojin, tagalized, tagalog dubbed
Read Next
‘Chain Chronicle’ anime adaptation to be released
EDITORS' PICK
Water remains our saving grace right now
Defend Your Health! Shop health essentials from home with Rose Pharmacy’s Online Sale
COVID-19 wards in 2 more hospitals reach full capacity
World-standard accounting: Unlocking your financial potential
Chatting with companions, answering calls on MRT 3 trains banned
Navotas will be on lockdown from July 16 to 29 – Tiangco
MOST READ
‘I am not my father,’ says daughter of lawmaker who voted to deny ABS-CBN franchise
Vilma Santos-Recto ‘prepared’ to face ‘consequences’ over ABS-CBN franchise vote
Did a meme get on Agot Isidro’s nerves? She’s asking ’24 Oras’ to fact-check it
In slap on face of PH, China replies to Locsin on tribunal ruling: It’s invalid
Don't miss out on the latest news and information.