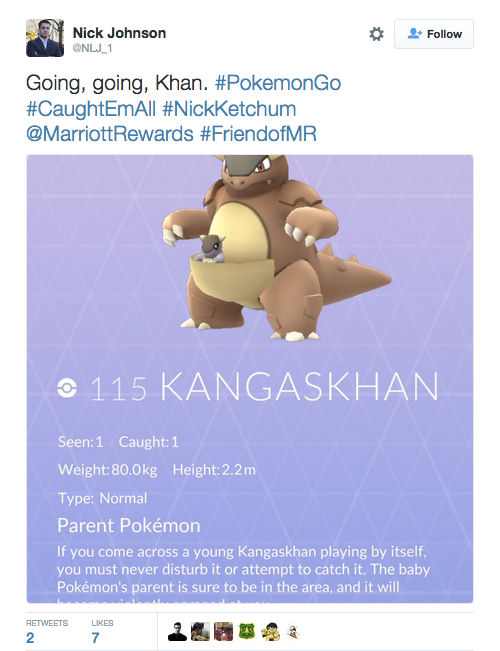 A little over two weeks a go, a Reddit user announced that he had already captured all 142 non-region exclusive pokémon. Since then he’s been to several countries to capture the rest.

On Thursday he tweeted that he had captured a rare Kangaskhan in Sydney, Australia, which brings his collection up to 145. This includes Mr. Mime, which he caught in Paris, and Farfetch’d, captured in Hong Kong.

Apparently his posts caught the attention of Marriott Rewards and Expedia, which offered to sponsor his flights to Paris, Hong Kong, Sydney and Tokyo.

According to one of his tweets, he should be sight-seeing in Tokyo now, although there’s no word yet if Nintendo and The Pokémon Company will allow him the privilege of touring their offices.  Alfred Bayle