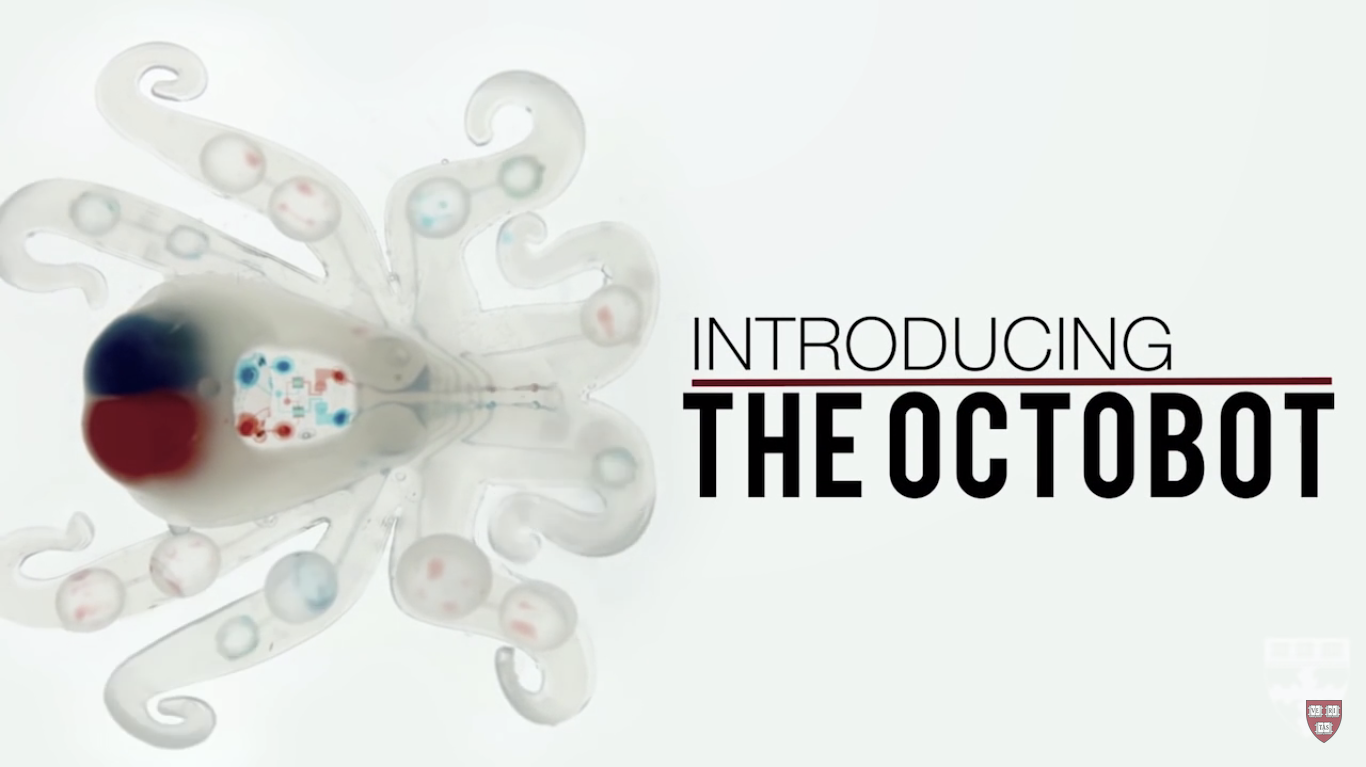 When people think of robots, they conjure up images of cables, wires and lots of solid components. Researchers from Harvard have created one quite different–a completely “soft robot,” which they call Octobot.

Octobot was inspired by the mobility and flexibility of the octopus and was created by replacing rigid components with a little bit of fluid chemistry. Their system utilizes hydrogen peroxide which is then put into contact with a platinum catalyst to elicit different responses.

According to a Harvard press release, to control the reactions made by hydrogen peroxide, the team created a microfluidic logic circuit based on the works of chemist George Whitsides. The circuit is a soft analog version of an electronic oscillator that manages when hydrogen peroxide decomposes to gas inside the Octobot.

Octobot is manufactured through a combination of molding, 3D printing and soft lithography.

While little Octobot is rather limited in its current movement set, researchers hope that future designs will allow it to crawl, swim and, ultimately, interact with its environment.  Alfred Bayle