The world’s biggest video-streaming site renamed itself as a “Manbang knockoff” on its Twitter account. Netflix frequently writes funny posts and descriptions on its social media accounts. 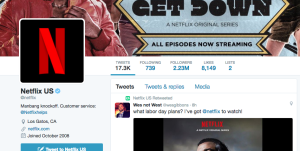 Meanwhile, BBC reported that a large number of the country’s citizenry have limited or no access to internet and media.  Gianna Francesca Catolico