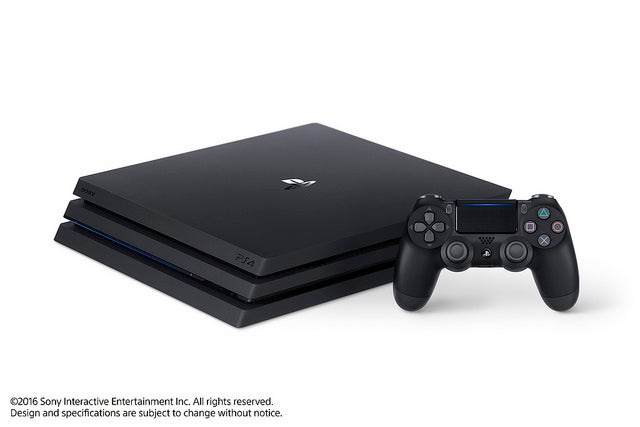 The PS4 Pro is not meant to replace the original PS4 but will have better VR support and overall graphics. Image PlayStation Blog

Once known only by its codename Neo, the new PlayStation 4 Pro has been officially unveiled by Sony and it comes with a bevy of upgrades that promise a richer gaming experience.

Unveiled by the console’s chief architect, Mark Cerny, the PS4 Pro is now able to support 4K resolution gaming. It is also equipped with a 1TB hard drive and an upgraded GPU for outputting HDR content, reports The Verge.

Cerny says, “PS4 Pro is not intended to blur the line between console generations. Instead, the vision is to take the PS4 experience to extraordinary new levels.” When it becomes available on Nov. 10 for $399, the PS4 is intended to be sold alongside the standard PS4. New games will also be playable on the older hardware.

Cerny also presented 4K game footage on stage from games like Deus Ex: Mankind Divided and Spider-man to showcase the machine’s prowess. He noted that the PS4 Pro will be able to pull new detail from the games despite being developed for the base PS4. Cerny added that select PS4 titles will be able to maximize the new hardware inside the PS4 Pro and have noticeably improved graphics.

Improving the PlayStation VR experience is also one of the PS4 Pro’s goals. Developers will be able to up the frame rate and increase scene crispness, among other things. Apps specifically for the PS4 Pro is also being developed by YouTube and Netflix.

Over at the other camp, Microsoft is also working on its own beefed up Xbox One codenamed Project Scorpio. It will also have upgraded hardware to support 4k content and support for virtual reality games. However, it won’t be out until fall of 2017.  Alfred Bayle