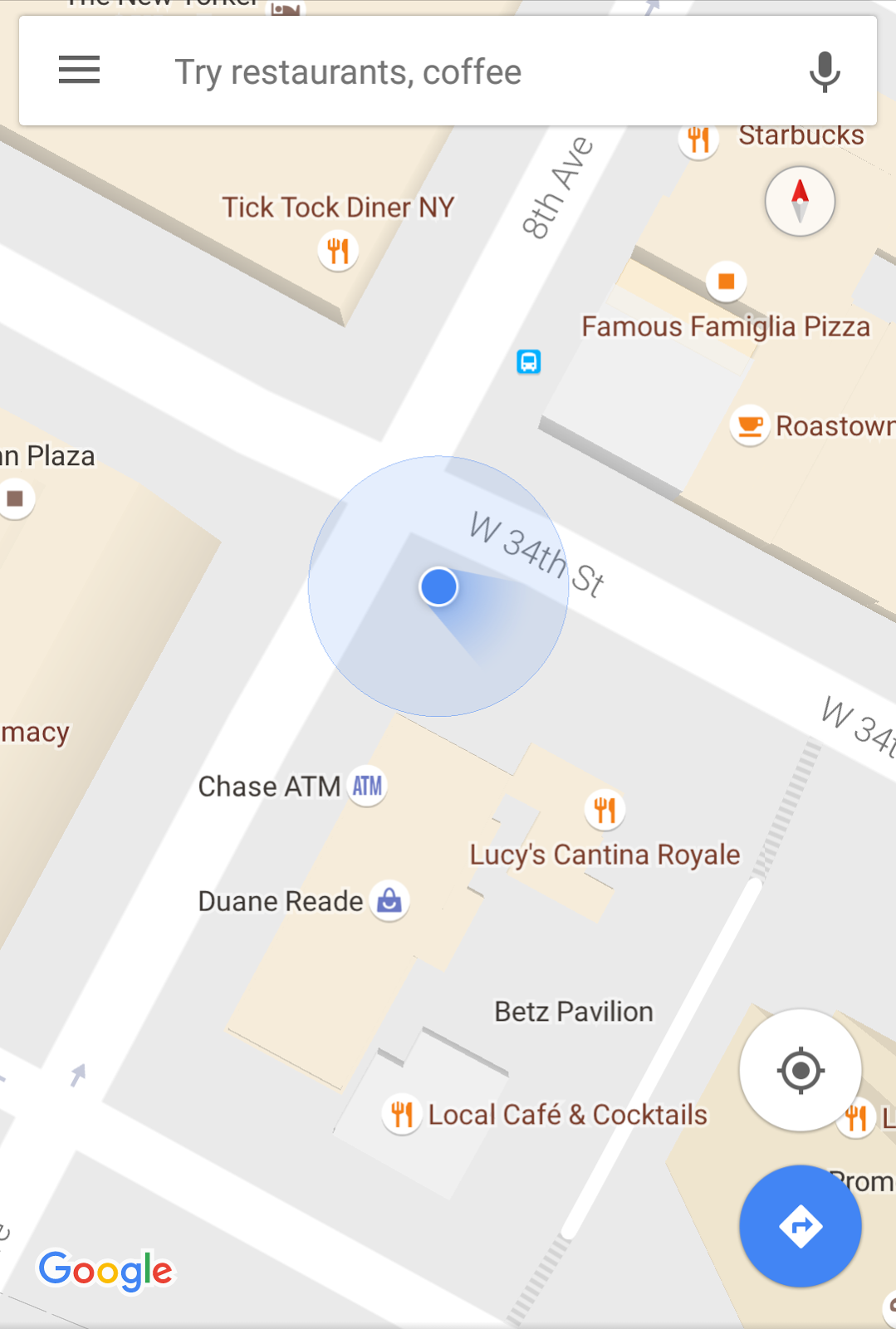 A new Maps update does away with the arrow and starts beaming users towards the right direction. Image Google Maps

Anyone who’s ever played a number of adventure video game will know what a mini-map is and that a fading cone attached to a moving dot points to the direction that a 3D avatar is currently facing. With this in mind, the latest update from Google Maps may elicit a sense of déjà vu.

Gone is the little arrow that would have oriented users to the direction they are facing and replaced with a more prominent blue beam emanating from a blue dot. Apart from indicating direction, the beam can either get wider or narrower depending on how accurately the direction is being interpreted. A wide beam indicates lower accuracy while a narrower one means higher accuracy. The wider beam also means that a phone’s compass is temporarily uncalibrated.

Just move your hand in a figure 8 motion and the phone’s sensors should be able to reorient the device to more accurately tell which direction the you are facing. Image Google Maps

Having an uncalibrated compass is not uncommon because charging or even as simple as walking past a metal pole can disorient a phone’s sensors. To remedy this, Google offers an easy and somewhat silly fix. In order to get back on track, users need only move their hands  in a figure 8 pattern several times while holding the device. Alfred Bayle