The Mi 5s was built to take what was great about the Mi 5 and make it even better.  Image Xiaomi

The Xiaomi Mi 5 was a well-received smartphone and competed well against top-tier brands like Samsung and Apple. Xiaomi now reveals its successor and it looks like it managed to build on what made the Mi 5 a success.

Dubbed the Mi 5s, the new flagship is equipped with a Snapdragon 821 chipset, and has 128GB of storage and 4GB of LPDDR4 RAM. But the best feature of this new device is the under-glass ultrasonic fingerprint reader on the front, reports Engadget.

Xiaomi made a slight indentation on the glass to help users quickly locate the under-glass ultrasonic fingerprint reader.  Image Xiaomi

Xiaomi CEO Leu Jun spent a good deal of time explaining the challenges and merits of utilizing an ultrasonic fingerprint scanner on their phones. The company had already been exploring this technology since 2014. It had hoped to debut the fingerprint sensor on the Mi 5; unfortunately, it was not yet ready at the time. 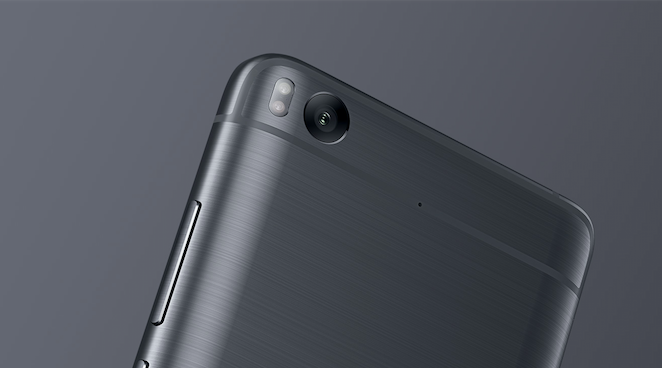 The Sony camera on the Mi 5s is only a 12-megapixel shooter, but is much more sensitive as it uses large 1.55um pixel sites. Image Xiaomi

A JDI 5.15-inch 1080p display greets users and it has up to 60 nits of brightness with a vibrant 95% NTSC gamut. Xiaomi also went with a force-sensitive touchscreen. However, details on its implementation on the MIUI OS were not discussed.