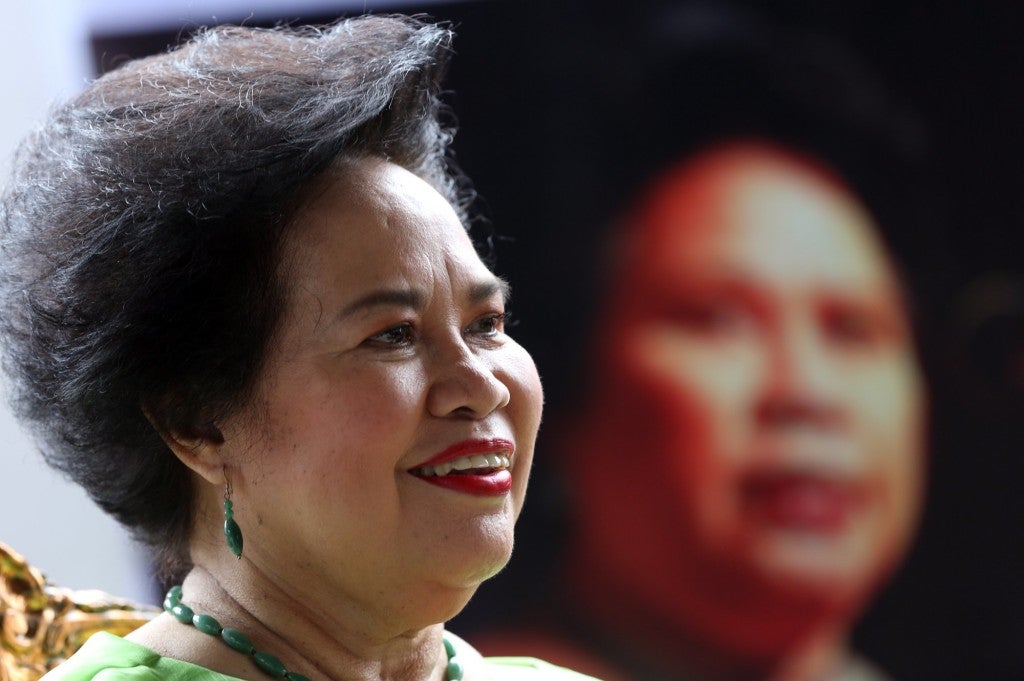 Filipino netizens on Sunday paid tribute to the late Sen. Miriam Defensor-Santiago as she was laid at her final resting place.

The hashtag #MiriamShallReturn is currently the top trending topic on Twitter, in reference to a line in Santiago’s book “Stupid is Forever,” where she wrote: “When I die I don’t want ‘RIP’ initials on my tombstone. Ang gusto ko ‘ISR’ ‘I Shall Return.'”

Santiago’s remains were brought to the Loyola Memorial Park in Marikina from the Cubao Cathedral for the burial rites.

The senator passed away on Thursday after battling lung cancer. She was 71. YG/JE/rga

Here’s what netizens have to say:

You are indeed the greatest Filipina to walked the Earth #MiriamShallReturn

In another lifetime or maybe soon in a new persona, Miriam will be back. #MiriamShallReturn

Why Sen Miriam always trends on social media? Simple. The youth dominates the cyber world and they love her so much. #MiriamShallReturn

“Someday, I’ll tell my kids a bedtime story about a Brave and Wise Queen who never had a chance to rule her own kingdom”#MiriamShallReturn

Miriam is no ‘princess who fought with her lips’. She’s a queen who never not allowed her words to overcome her deeds #MiriamShallReturn

She will return through the brilliant youth. We will make her proud. We will make this country progress again. #MiriamShallReturn

Losing Sen. Miriam is like losing a grandma. The Philippines lost its grandma. #MiriamShallReturn

Watching her funeral cortege really breaks my heart into pieces

Thank you for the inspiration. Farewell, Warrior. #MiriamShallReturn 🇵🇭

‘I accept this. I don’t want to do anything heroic.’ #MiriamShallReturn Paalam my Pres. Miriam.. You will always remembered.. Salamat po :'(

gosh my tears are flowing as I watched your funeral mass. No regret on my vote and my esteem. #MiriamShallReturn

She’s the face of a strong, intelligent, brave and courageous Filipino woman. I love you Madam. May you rest in peace 💔 #MiriamShallReturn pic.twitter.com/hAKNhlk2Wi