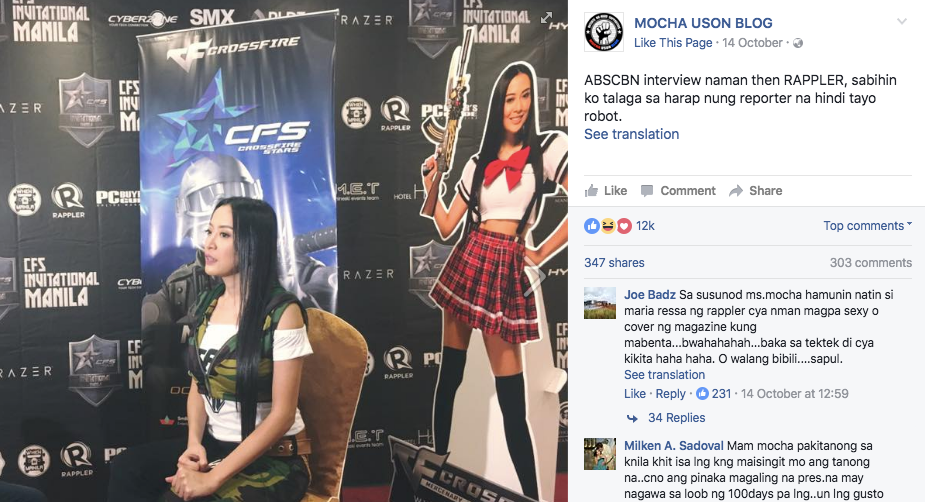 GBPlay, a subsidiary of Crossfire developer Smile Gate, told Wazzuppilipinas.com that Mocha was chosen for her fierceness, while also adding a welcoming human personality to the game.

Uson’s designation marks her as the second Filipino celebrity to have a playable character in a video game, after multiple boxing champion Manny Pacquiao, who has been featured in several installments of EA’s Fight Night. Her character is reportedly set to be released sometime in 2017.

Uson, who admitted she was not particularly knowledgeable in online gaming, said it was an honor to be selected.

Aside from being a virtual character in the game, Uson will also serve as Crossfire’s brand ambassador, along with her singer-dancer ensemble, The Mocha Girls, who will also take part in the brand’s events and other marketing activities.

The game currently has 500 million registered players worldwide with over 6 million concurrent users. Crossfire has also been a hit in the e-sports community, evidenced by its popularity among multiple international tournaments.  Khristian Ibarrola