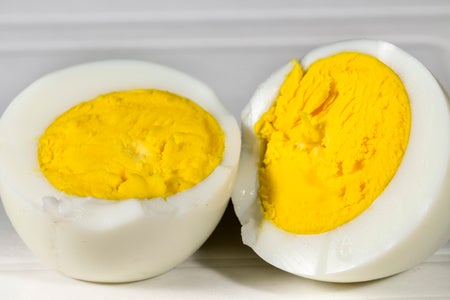 Aside from providing an ample amount of protein, consuming an egg per day may actually cut the risk of getting a stroke, a new study has found.

According to the most recent findings of the American Egg Board, consumption of one egg per day found no association with fending off coronary heart disease, but scientists were able to discover a 12-percent reduction in the risk of strokes.

The study, which dated as far back between 1982 and 2015, were based on the systematic review and meta-analysis of studies on egg intake of 276,000 coronary heart disease subjects and 308,000 stroke victims.

“Eggs do have many positive nutritional attributes, including antioxidants, which have been shown to reduce oxidative stress and inflammation,” principal investigator Dominik Alexander of the US EpidStat Institute said in the report.

“They are also an excellent source of protein, which has been related to lower blood pressure,” he added.

A single egg contains six grams of high-quality protein, while antioxidants lutein and zeaxanthin are found within the egg yolk. Vitamins E, D and A, which is found to be vital to combat the major causes of stroke, can also be obtained through the famed organic vessel.

Despite the discovery, Alexander claimed that more work is still needed to further understand the connection between egg consumption and stroke risk.

In the recently released 2015 Dietary Guidelines for Americans, regular egg consumption has also appeared among lean protein choices, which can be included in one’s dietary cholesterol  limits.  Khristian Ibarrola