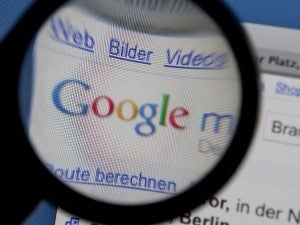 SAN FRANCISCO – Google on Friday said it will kill its Buzz social networking tool in favor of young but fast-growing Google+ online community.

“To succeed you need real focus and thought – thought about what you work on and, just as important, what you don’t work on,” Horowitz continued.

“It’s why we recently decided to shut down some products, and turn others into features of existing products.”

Google co-founder Larry Page has eliminating products since he took over as chief executive this year in a drive to concentrate resources on promising projects.

“In a few weeks we’ll shut down Google Buzz and the Buzz API, and focus instead on Google+,” Horowitz said in a blog post.

Google’s foray last year into social networking with a Buzz tool turned into a stumble for the company, unleashing a flood of privacy complaints and trouble with the US Federal Trade Commission (FTC).

Under a settlement announced by the FTC, Google was required to implement a comprehensive privacy program and undergo independent privacy audits every two years for 20 years.

The FTC alleged that the Mountain View, California-based Google used deceptive tactics and violated its privacy promises to consumers when it launched Buzz through its popular email service Gmail.

In a move separate from the FTC action, Google agreed to pay $8.5 million to settle a class action privacy lawsuit over Google Buzz.

Page said during an earnings call on Thursday that more than 40 million people have joined Google+ and that social networking features would spread throughout the Internet giant’s offerings.

“People are flocking to Google+ at an incredible rate and we are just getting started,” he said, adding that billions of digital photos had already been shared at Google+.

The Internet giant on September 20 opened google.com/+ to the public as it ramped up its challenge to leading social network Facebook.

The move came with an array of improvements Google to the social network it launched in an invitation-only test format on June 28.