Manila, Philippines – Torque Mobile, the leading maker of Android-based tablets in the Philippines, announced the Torque EGO series Boost Edition, a breakthrough line-up of noteworthy devices that allows users to easily take their phone usage to the next level and truly embrace the age of the smartphone.

Almost a decade after the invention of the modern smartphone, major features, perks, and conveniences can now be made available at the entry-level, further whittling down at any excuses one might have against ditching an old phone in favor of a full-fledged smartphone. 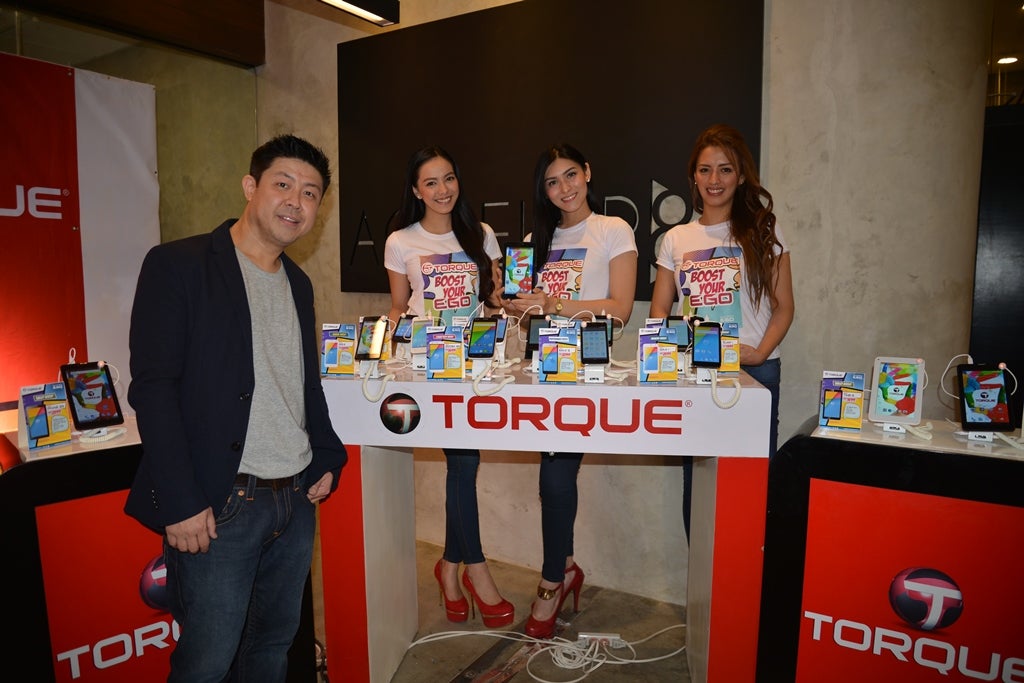 “Much like the human ego, we view the now-ubiquitous smartphone as something that is here to stay,” said Chris Uyco, CEO and chief innovator at Torque Mobile.

“The long-term vision for the Torque EGO series is for it to be treated much like a person’s pride, identity, or self-esteem. Something that will always be around, being shaped by personal decisions and circumstance, and needing the occasional boost every once in a while.”

For this reason, Torque is offering a full line-up of Boost Edition phones for its EGO series, with compelling upgrades to offer as a way of boosting what one may otherwise view as normal, typical, or acceptable. The EGO Series Boost Edition is all about getting to the next level.

Starting with the EGO Zero, Torque underlines its plan to get fully-working smartphones into the hands of more and more Filipinos. The Torque EGO Zero runs a stable version of the Android software, giving it advanced features for messaging, media playback, and Internet communications. You can forget about typing on a clunky plastic keyboard where the printed letters and numbers eventually fade over time, because the touchscreen will let you do all the things that you need. The EGO Zero is currently one of the most affordable smartphones available in the Philippines, and is the most affordable smartphone that Torque has ever made.

For those who demand more performance out of their smartphone, a quad-core chip is most necessary. For this, Torque created the EGO Surf S and EGO Max S, featuring 4- and 5-inch screens, respectively. Both phones are equipped with 1.3GHz quad-core chips, 4GB internal storage, and microSD card support, easily handling apps that are normally used by smartphone users everyday. It doesn’t matter if you just left the house or are already heading back from the office: you’ll be able to view your Facebook, check your Twitter and Instagram, or quickly send text messages and more with either of these two phones.

And as for avid multi-taskers, Torque has prepared the EGO Surf i and EGO Max i, both of which come with 1GB RAM as standard. With these phones, running multiple apps at the same time shouldn’t be a problem, and switching from one app to another quickly won’t be an issue. Whether you want to play music in the background as you check the news, or reply to a chat thread in the middle of playing your favorite mobile game, you wouldn’t need to worry. As a bonus, the phones also include 8GB storage space, with support for extra storage through microSD cards up to 32GB.

For many people, the most important part of any smartphone is the camera. That’s why Torque created the EGO Pro and EGO Max, both featuring 8-megapixel rear auto-focus cameras and 5-megapixel front cameras for superb photos, videos, and selfies.

The EGO Pro is unique as the only 4.5-inch phone in the Torque EGO series line-up, and also boasts a combination of a quad-core chip, 1GB RAM, and 8GB storage. Meanwhile, the Torque EGO Max sports a bigger, 5-inch HD screen, while running on the same processor, memory, and storage combo mentioned earlier.

With their 8MP rear auto-focus cameras, these phones can be used for day-to-day snaps that are meant for Facebook or Instagram. Filter or no filter, pictures are sure to come out looking clean, clear, and share-worthy, especially with the use of the convenient LED camera flash.

Entertainment can come in all shapes and sizes, but if there’s one thing that most people can agree on, it’s that TV absolutely has to be one of them. For Torque, that is the purpose of having the EGO Beat TV in the line-up: to offer free mobile TV wherever you go. Now you can just whip out your smartphone whenever you want to, and pull out the built-in TV antenna to start watching local TV channels for free. It also has front- and rear-facing 3MP cameras for your quick selfies and mobile photography sessions. It’s an all-around entertainment device.

And of course, as smartphones are Internet-connected devices, their wireless antennas are of utmost importance. To that end, Torque has included a selection of high-speed data handsets, in the form of the EGO Chat, EGO Boost, and EGO Zoom 4G.

Both the EGO Chat and EGO Boost feature built-in high-speed 3G data chips, capable of supporting the country’s fast 3G networks as well as ubiquitous 802.11 a/b/g Wi-Fi. Now, you can actually enjoy going online and checking your favorite websites, thanks to instant high-speed connections. When you’re indoors, just use Wi-Fi. But when you’re outside, 3G is your friend.

Meanwhile, the EGO Zoom 4G comes with support for all local 4G LTE networks. And not only that, but it’s also the most powerful and feature-packed model in the entire line-up. For its screen, the Zoom 4G uses a 5-inch HD IPS display, while it relies on a quad-core MT6375 processor with 1GB RAM and 8GB storage for its performance. Its rear camera is fitted with an 8MP auto-focus sensor, while the front uses a 5MP camera. Both of them have an accompanying LED flash, on the back as well as the front. And to top it all off, it ships with Android 6.0 Marshmallow as standard. It is comfortably Torque’s most advanced smartphone yet.

The EGO Zoom 4G can basically offer all the features of every other EGO series handset, all in a lightweight and compact package. It can be used to stream online music, play HD movies, capture sharp photos, and access all forms of social media. It’s your well-connected companion.

Part of the line-up is a selection of highly-reliable Android tablets, namely the EGO Tab S, EGO Tab Q, EGO Phab, and EGO Phab 3G. Depending on your needs, you may find a suitable model from these whether you’re looking for something with only Wi-Fi or you prefer one with built-in 3G networking. The tablets come pre-installed with either Android 4.4 KitKat or Android 5.1 Lollipop, and can be used for a variety of tasks and applications like watching online videos, reading e-books, viewing photo albums, or online chat, depending on the model.

To further emphasize Torque Mobile’s commitment to empower its users, the company has built an exclusive platform for the community to enjoy easy interaction and near-effortless communication. Dubbed Torque EGO Speaks, it is a centralized user forum that allows posting under a wide-range of topics, many of which relate to the experience of being an everyday smartphone user. The EGO Speaks forum will offer Torque users a quick way to voice their concerns, give feedback, and simply connect with others in the greater Torque community.

Torque EGO Speaks can be found online at www.torquemobile.com/egospeaks/

The entire Torque EGO series smartphone line-up, including the Torque EGO tablets, will be available starting October 2016, with prices ranging from 999 Pesos to 3,499 Pesos. For more information, you can visit the nearest Torque concept store or kiosk, check out the Torque homepage, or follow any of Torque’s social media pages.