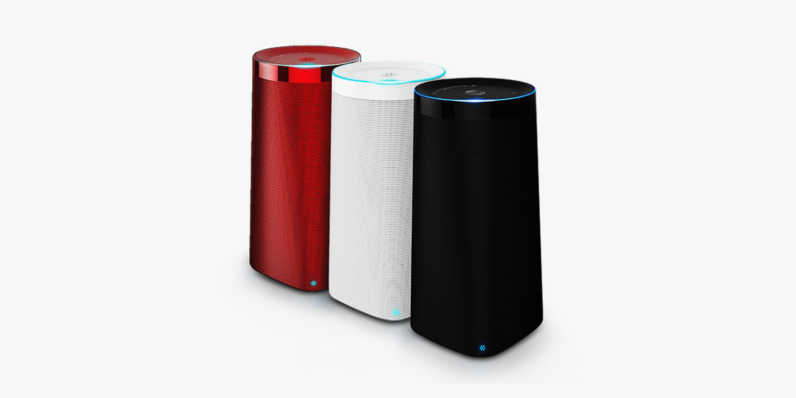 LingLong’s DingDong smart home device has some similarities with Amazon’s Echo but it is no simple imitation.  Image LingLong

Many Chinese electronic products are now coming out to challenge their Western counterparts. One of these has a rather catchy, if not humorous-sounding, name.

The DingDong smart home device created by LingLong, or LingLong DingDong, is offering smart home functionality similar to an Amazon Echo, reports The Next Web.

Priced at $118, DingDong offers answers, plays audiobooks and music, as well as manages schedules. It also responds to three voice commands to wake it up, namely, DingDong DingDong, Xiaowei Xiaowei and BaiLing BaiLing. Because it is currently lacking developer support, customers mostly use it to play music from their digital libraries.

Despite similarities to the Echo, which debuted in 2014, DingDong apparently is no knock-off as LingLong engineers have already been working on it beforehand. However, senior marketing manager Charlie Liu did admit that Amazon’s launch of its device influenced some decision-making on their end.

DingDong is able to understand Cantonese and Mandarin, but not in the same device. This is due to the complexity of the language engine, which simply cannot fit both in a single unit.

While the device is currently “limited,” LingLong hopes that developers will take advantage of DingDong’s hardware overtime to get it up to speed and have more functionality similar to Amazon’s Echo.  Alfred Bayle

TOPICS: DingDong, LingLong, Smart Home, voice command
Read Next
Fans mourn over disbanding of 2NE1
EDITORS' PICK
Current dominant strain of COVID-19 more infectious than original—study
Smart releases Hyun Bin’s second TVC
EuroMillions Superdraw: A lottery draw unlike any other is coming to the Philippines
‘Justice will be done,’ Duterte assures as he vowed probe on Jolo incident to bare ‘truth’
Water remains our saving grace right now
DOLE: Return of OFWs’ remains from Saudi to be ‘delayed,’ deadline moved to ‘early next week’
MOST READ
Locsin warns of ‘severest response’ if China’s army drills in SCS ‘spill over’ to PH domain
BREAKING: Duterte signs anti-terror bill into law
Duterte tells military: No other president looked at you the way I did
Vico: Cleanup of bidding process saved Pasig gov’t P415M
Don't miss out on the latest news and information.