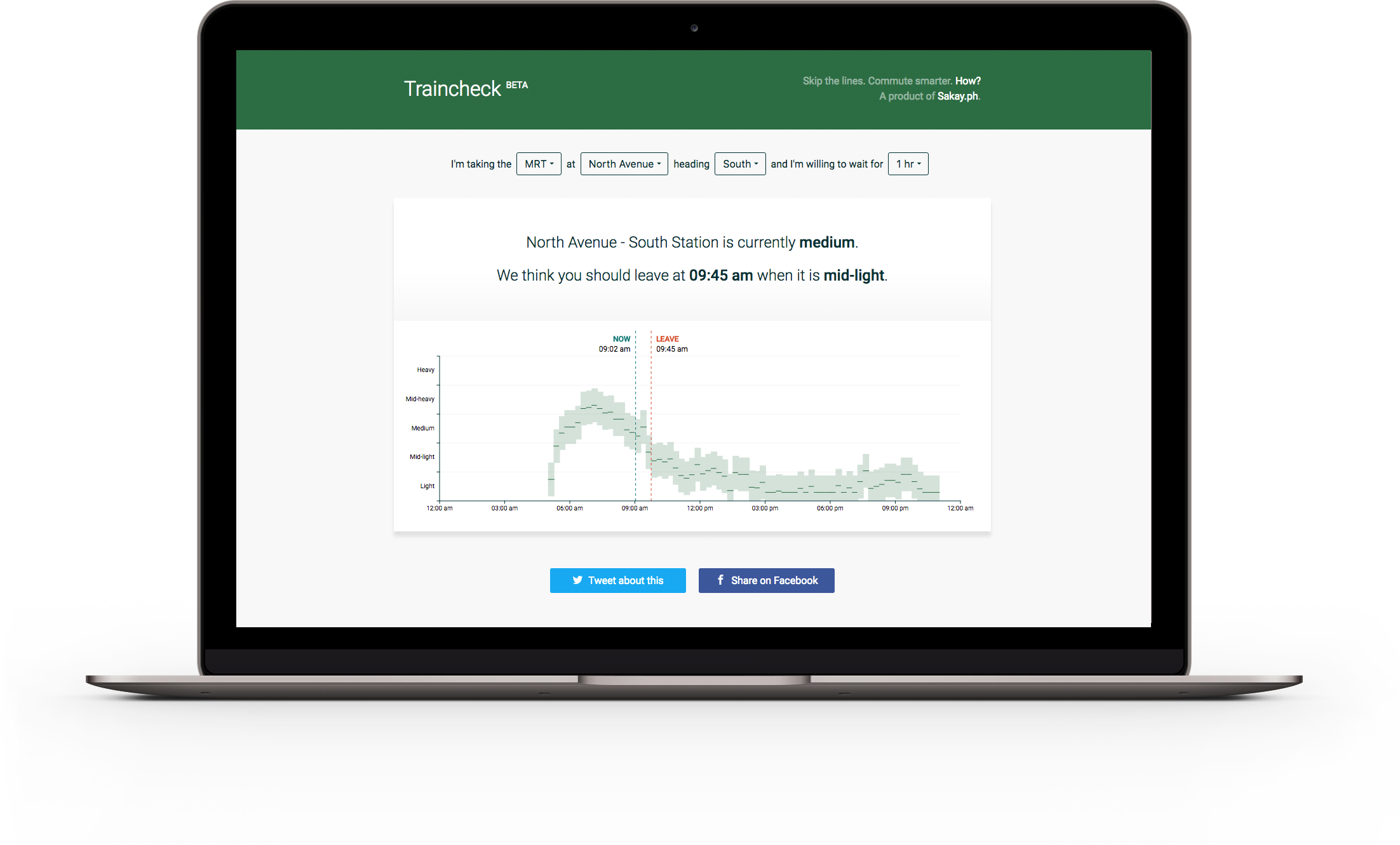 Not only does it provide real-time congestion reports, it also offers estimates on when congestion in specific stations will lighten. Image Sakay.ph

For commuters in Metro Manila, some of the fiercest battlefields for the daily exodus to and from the workplace are the MRT stations. Because of this, Sakay.ph developed a new web app to help commuters check the status of stations online before heading out.

Through Traincheck, commuters will be able to know the congestion levels at different MRT stations to help them plan their commute to and from the office. Sakay.ph hopes that the service will help alleviate congestion by funneling commuters to less crowded stations. At least 10 minutes every day is estimated to be saved by avoiding queuing up during suboptimal periods.

The system works by using footages from the DOTr’s real-time streams of MRT stations and feeding them into a predictive algorithm. This algorithm then attempts to predict when congestion will be less and give commuters an estimated optimal time for them to head for MRT stations. 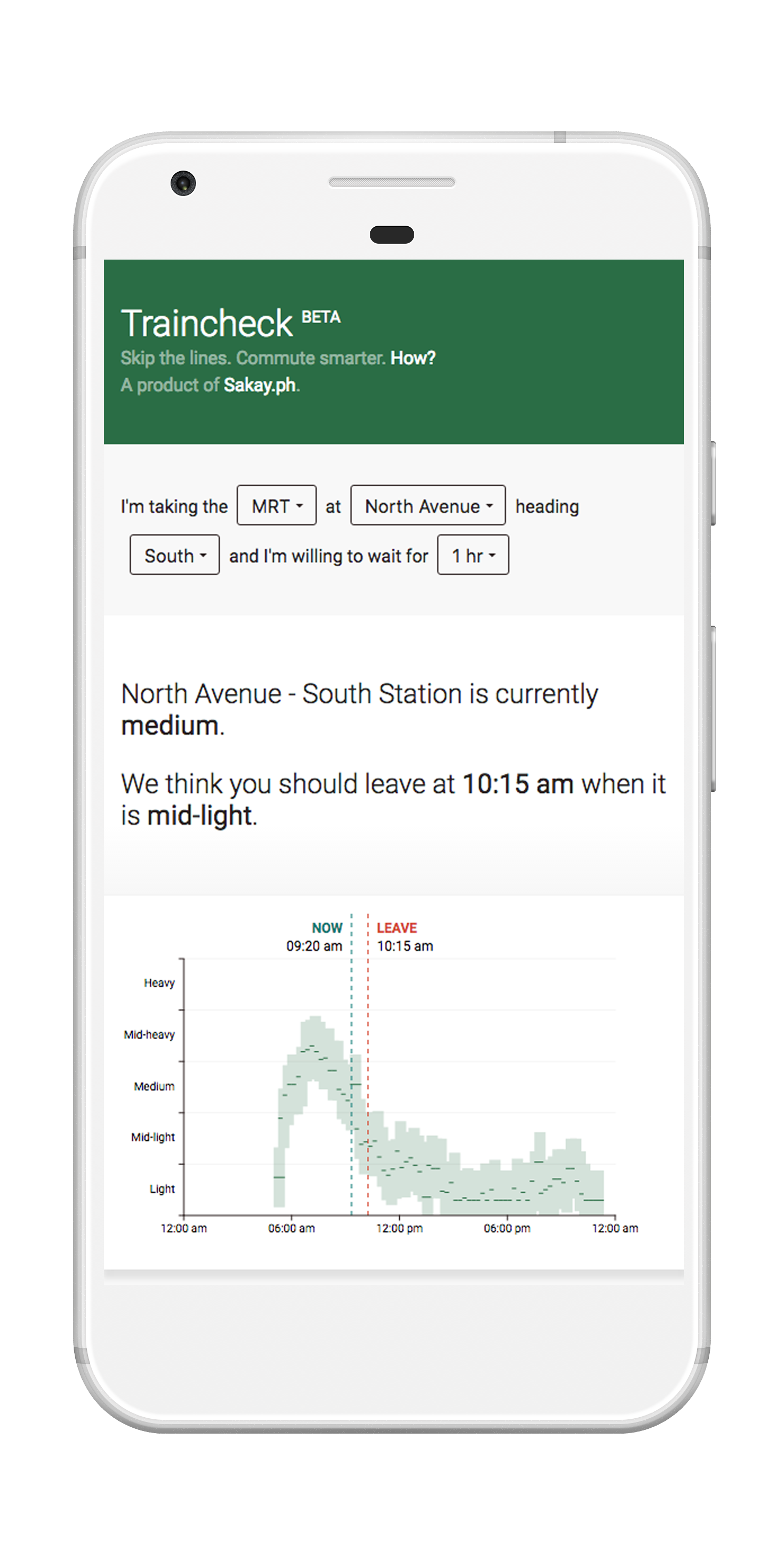 Commuters can log in to the Traincheck web app or download the Android and iOS apps for mobile devices.