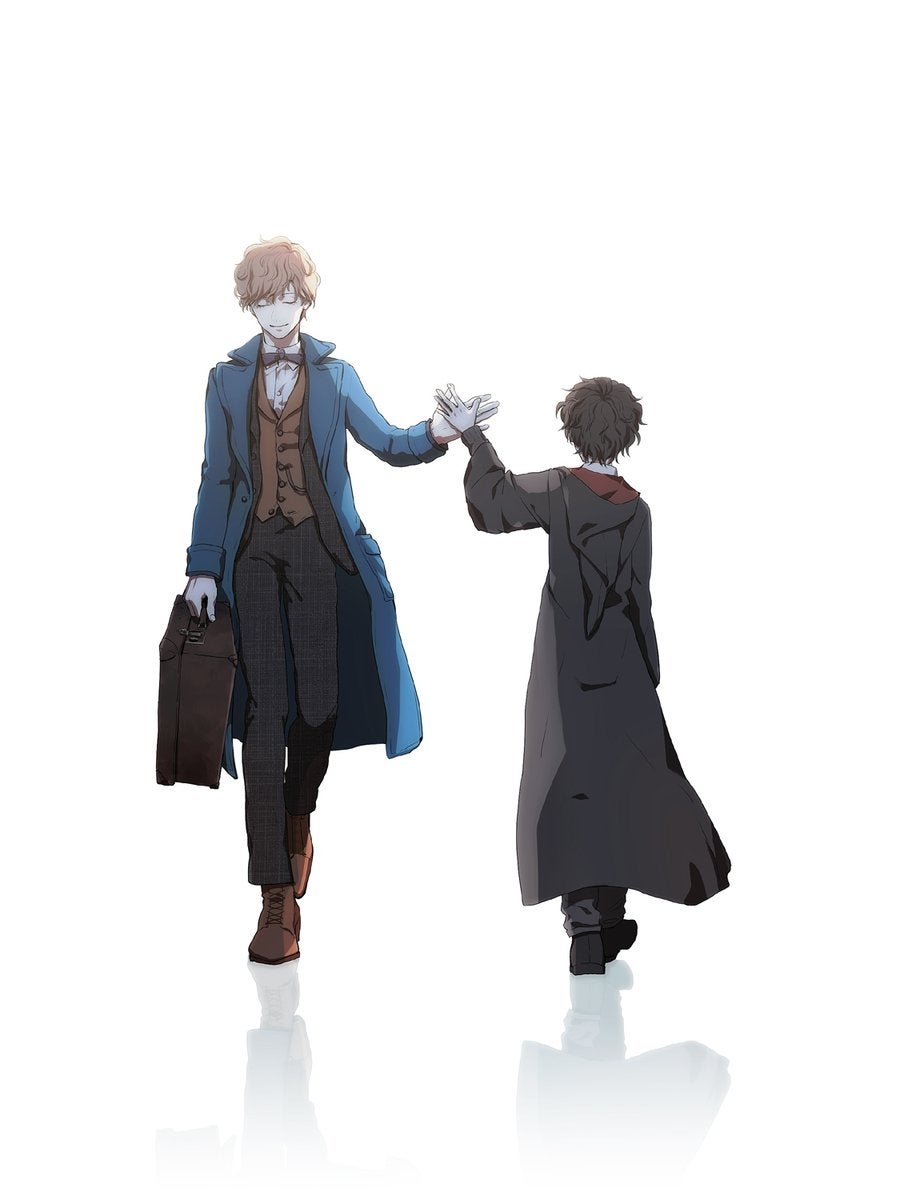 A simple yet moving illustration of an old but beloved character tapping out to make way for a new hero. Image Twitter/@kirikawa_juu

Twitter may be considered a den of trolls and bullies but every now and then, light shines through the darkness. A Japanese Harry Potter fan recently uploaded a fan art to commemorate the premiere of “Fantastic Beasts and Where to Find Them.” J.K. Rowling saw it and loved it.

Drawn by Twitter user @kirikawa_juu, the anime style fan art featured Harry Potter switching places with new hero Newt and was titled “主人公、交代” (Hero, change). It promptly circulated among Harry Potter fans until one of them brought it to the attention of J.K. Rowling herself, reports RocketNews24.

The author’s reaction was to immediately ask who drew it. Ecstatic, the Japanese artist immediately replied to @stilesboing, the fan who shared the artwork to Rowling, with thanks. Eventually Rowling mentioned the now thrilled @kirikawa_juu directly and what followed was a beautiful exchange between author and fan.

After this obviously mind-blowing and unexpected interaction with the famous author, @kirikawa_juu posted a message of thanks to everyone as well as pinned J.K. Rowling’s tweet that shared the illustration. 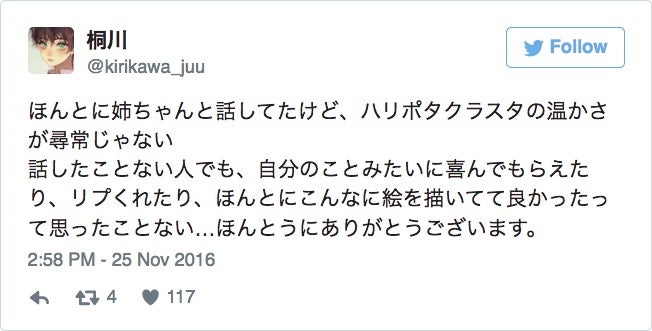 “I Actually spoke to my sister about this, and told her that the warmth from the ‘Harry Potter’ cluster of fans is out of the ordinary. I never thought that drawing this picture would bring such happiness and create so many replies from people I’ve never spoken to. Truly, thank you.” Image Twitter/@kirikawa_juu

“This is a memory I’ll never forget for the rest of my life.” Image Twitter/@kirikawa_juu

When not being swamped with false news and verbal abuse, the internet can be a beautiful place to be in where moving interactions such as this can be made possible. Alfred Bayle

Below is the interaction between J.K. Rowling and @kirikawa_juu: 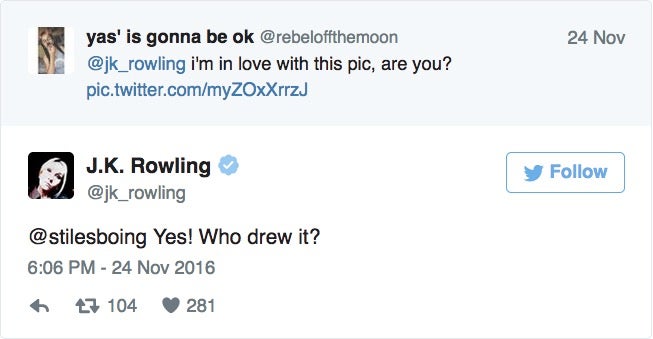 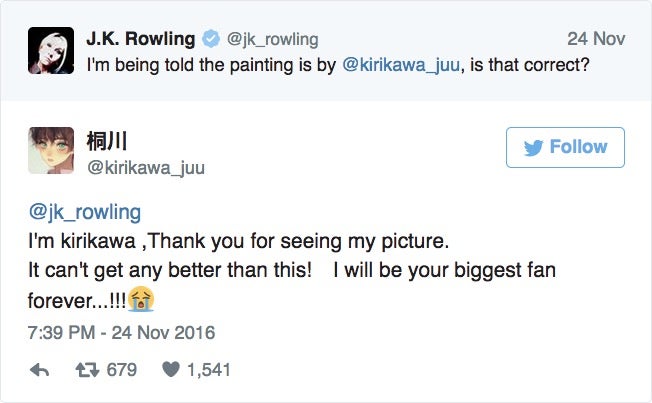