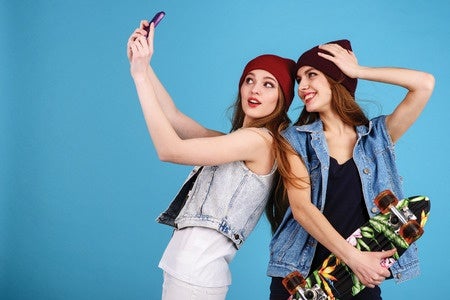 Self photographs, known as selfies, is pretty much a norm in social media these days, but a recent study has found a link between users who post too much snaps of themselves and their narcissistic tendencies.

According to findings from researchers at the University of Toronto, people who take and post large amounts of selfies tend to overestimate how good-looking and likable they are in real life.

The study took data from 198 college students—100 of whom admitted to being regular selfie-takers—by instructing them to take an individual photo and also have a photo taken by another person.

They were then required to rate each photo and asked for their reactions if it were to be uploaded on social media, The Telegraph reported.

Aside from having the participants evaluate themselves, the pictures were also rated by 178 members of the public, who were tasked to describe how attractive, likable and self-centered they thought the subjects in the photos were.

After merging their answers, researches concluded that both selfie-takers and the non-selfie-takers believed they looked better in those photos, contrary to the assessment of the independent raters.

However, there was a significant spike for selfie-takers who overestimated themselves and believed that they looked way better in the photos taken by other subjects.

“Selfie-takers generally over-perceived the positive attributes purveyed by their selfies,” the researchers said in the report. “Here, we found that selfie-takers believed their selfies to look more attractive and likable than photos of them taken by other people.

Furthermore, the regular selfie-takers were also deemed as looking “significantly more narcissistic” than their counterparts.

“In reality, though, external raters actually perceived the targets’ selfies to look less attractive and less likable than the photos taken by others (as well as more narcissistic),” the researchers disclosed.

The study, spearheaded by Daniel Re of University of Toronto’s Department of Psychology, has been recently published in the journal of Social Psychological and Personality Science. Khristian Ibarrola