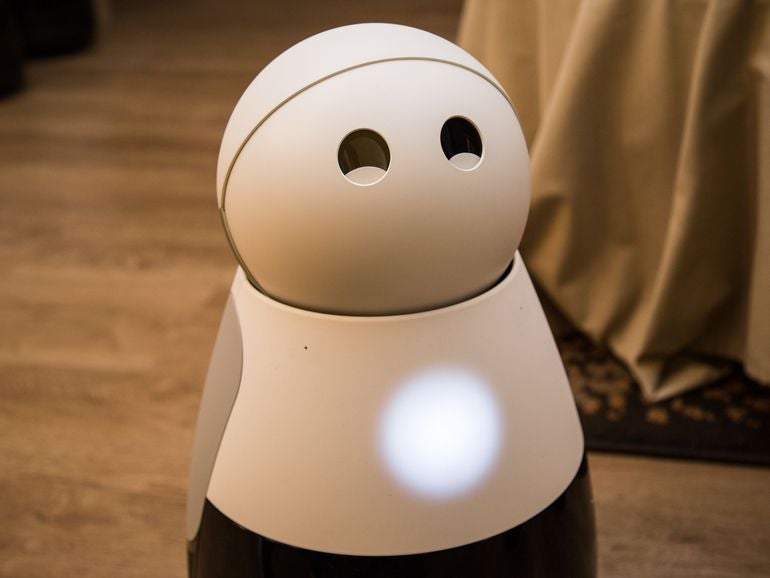 Humanity has long been dreaming of robots occupying homes and helping out with domestic chores, a dream that is obviously more appealing than fantasies where robots wipe out humanity in a climactic end-of-days scenario. With Kuri, the dream of a mechanical house helper is one step closer to being realized.

Built by Mayfield Robotics, Kuri is a cute little home robot that looks very much like a moving, beeping, Amazon Echo but more. It is also the first product from the startup company, reports Tech Crunch.

Kuri is an intelligent home robot that responds to voice commands, have smart home functionality, can autonomously patrol around the house, and most importantly has its own personality. It has a built-in speaker, allowing it to communicate with beeps and squeaks, coupled with its expressive eyes. Kuri also responds to touch.

Mayfield Robotics strongly emphasized that Kuri is all about the robot’s personality and functionality only comes second. A former Pixar animator was even hired for Kuri’s design and better create the image of a companion rather than an assistant. Kuri can even read audio books to children.

Apart from being highly interactive, Kuri also comes with a collection of useful tools. It has bluetooth and Wi-Fi connectivity, an HD camera, and various sensors that would allow Kuri to effectively navigate the household without randomly bumping into things or falling to its doom.

Pre-orders are now live over at the Mayfield Robotics website for $699. Customers will be asked to make a $100 deposit with the remaining balance to be settled upon shipping.

Kuri is a glimpse of a future that could come sooner than later – a future where domestic robots are part of the household and not the nemesis of humankind. Alfred Bayle