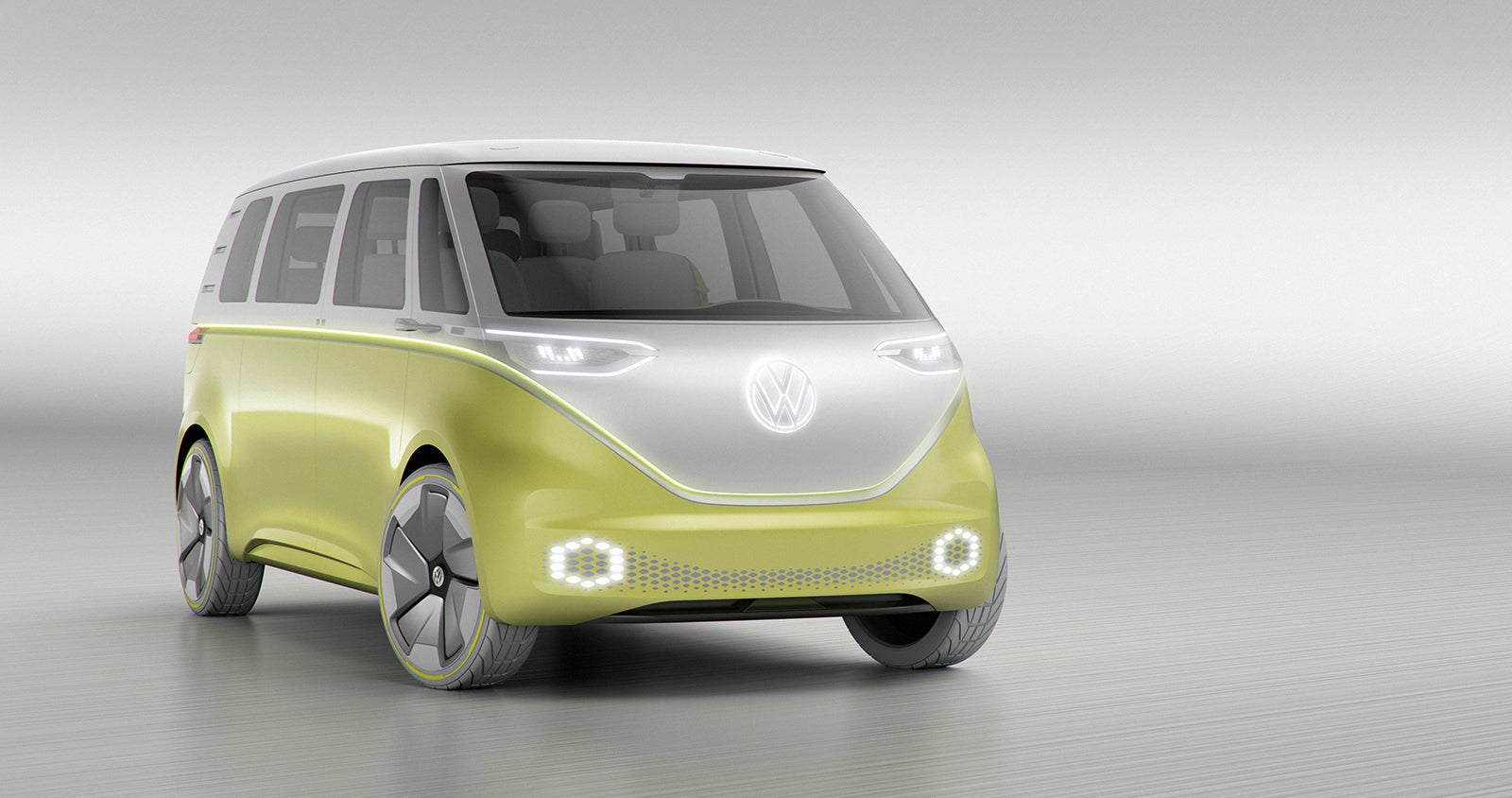 The iconic minibus is getting an electric vehicle makeover. complete with an autonomous driving system and rotating seats. Image: Volkswagen

As automakers continue to shift to electric vehicles, there is a struggle to appease diehard fans of traditional vehicles while trying to get attention for EVs from the rest of the market. To satisfy both markets, Volkswagen has recreated its classic minibus into a modern electric vehicle.

This electric vehicle is estimated to have a 270-mile range. It has two z369-horsepower motors and an all-wheel drive system. It also incorporates a Modular Electric Drive Kit and a fully autonomous driving system. The I.D. Buzz is able to fit up to 8 people.

“The overall concept of the I.D. Buzz points the way to the future,” VW board member Dr. Frank Welsch said. “This concept vehicle is the world’s first electric multi-purpose vehicle to be equipped with a fully autonomous driving mode. It carries the feeling of freedom of the Microbus over to a completely new era of mobility.”

Some of the other features of the I.D. Buzz include an augmented reality HUD, touch-sensitive steering wheel, detachable Bluetooth sound system, and the ‘I.D. Box’ which acts as the control panel for the driver.

Volkswagen’s I.D. Pilot autonomous driving mode adds one more nifty trick to the Buzz – when enabled, the steering wheel retracts and the front seats can be rotated to face the back.

With the rise of automatous driving systems and ridesharing networks, the compact yet spacious I.D. Buzz could prove to be yet another iconic product for the modern Volkswagen. Alfred Bayle