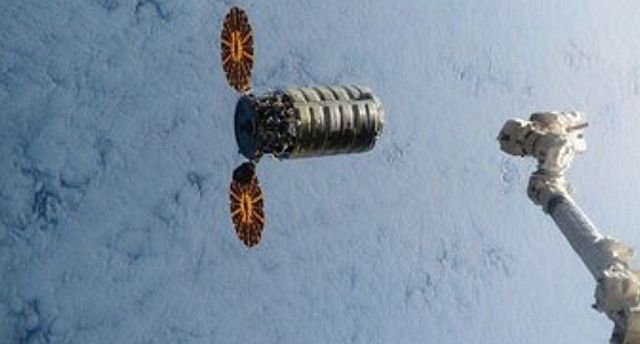 Diwata-1, which is one of the cargoes of Cygnus cargo ship that arrived at the International Space Station yesterday (NASA via AP)

The country’s lone eye in the sky has scored another feat, landing on the pages of an important document prepared by the National Aeronautics and Space Administration (Nasa) for the new administration of the United States.

The first Filipino-made Diwata-1 was picked as the poster child for Small Spacecraft Technology in the 366-page Nasa Presidential Transition Binder produced for the perusal of the transition team of President-elect Donald Trump.

The Department of Science and Technology-Philippine Council for Industry, Energy and Emerging Technology Research and Development (DOST-PCIEERD) announced the “good news” on its Facebook page on Thursday.

The monitoring agency of the microsatellite program also provided a link of the digital version of the binder prepared by Nasa.

PCIEERD Executive Director Carlos Primo David on Sunday said the DOST was surprised that Diwata-1 was used as an example for small spacecraft technology, noting that Nasa recognized many advantages of small yet powerful satellites, which include ease of deployment and cost.

“Like in consumer electronics, advances in technology lead to miniaturization. In space technology for instance, the capabilities of small satellites today are comparable to bigger satellites 10 to 15 years ago,” David told the Inquirer.

He said building microsatellites was significantly cheaper, which in a way democratizes space technology. “This allows smaller countries to be at par with everyone else,” David said.

In the binder, Nasa said among its key plans for the year 2017 to 2018 include three small spacecraft missions launching in the first quarter of the current year “to demonstrate laser communications, formation flight and autonomous rendezvous and docking in orbit.”

The missions are also expected to showcase radio frequency communication system “that dramatically boosts the amount of data that a small satellite can transmit.”

“Small spacecraft are most often delivered to space using a rideshare approach, where the spacecraft uses launch vehicle capacity that would otherwise go unused by a primary payload,” it said in the transition binder.

Diwata-1 was deployed into orbit in April last year.