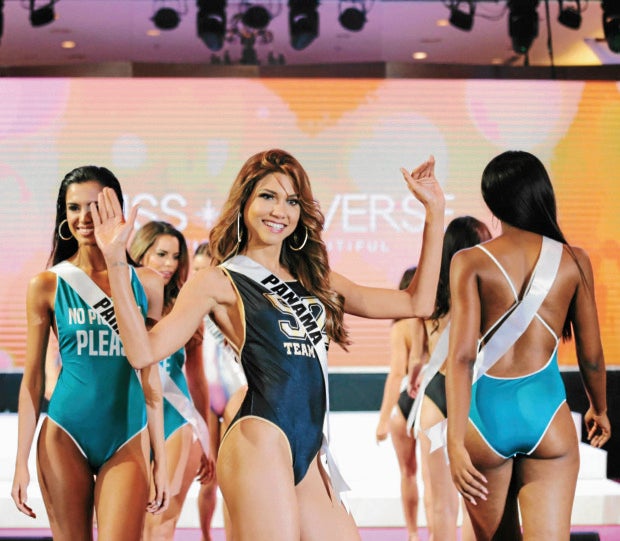 Fans can now help Miss Philippines Maxine Medina or any other candidate earn a spot in the Top 12 with just one click.

Online voting for the Miss Universe pageant now allows fans across the world to cast their votes 10 times a day using any of the four voting options until Jan. 28, or two days before the coronation.

Fans, according to the Miss Universe Organization (MUO), can vote for their favorite candidate on the official Miss U App, on the website vote.missuniverse.com, on Twitter by using #MissUniverse and the country-specific hashtag found on the voting site or by downloading the new mobile messaging app, Vodi.

They can also play virtual judge on the day of the pageant during the telecast. Viewers will also be entitled to up to 10 votes to distribute among the semifinalists for each round of the competition, ultimately helping choose the winner of Miss Universe.

For this year, the pageant’s format has also been modified with the selection of Top 12 semifinalists in the preliminary competition instead of the usual Top 15.

The semifinalists will then be trimmed down to nine candidates, from which the Top 6 and later the Top 3 will be selected.

The new format allows fans and viewers to learn more about each of the contestant’s accomplishments, interests and objectives as Miss Universe, according to the MUO.

The organization also encouraged fans to visit http://missuniverse.com for the official rules and for other information on the online voting.

Appeals  to the government to declare Jan. 30—the day of the Miss Universe coronation—a holiday were unsuccessful.

The Office of the Executive Secretary on Thursday said Jan. 27, the eve of the Chinese New Year, and Jan. 30 would be regular working days.

But in Manila, Mayor Joseph Estrada suspended work in government offices and classes at all levels in Binondo, Santa Cruz and Quiapo on Jan. 27, in observance of the Chinese New Year.

The Philippines is the host for the Miss Universe 2016 contest, a venture that officials have touted as a showcase for the country’s natural wonders and other assets.

The coronation will take place at SM Mall of Asia Arena in Pasay City. —WITH A REPORT FROM LEILA B. SALAVERRIA