Why Facebook keeps pushing you to go ‘live’ with video 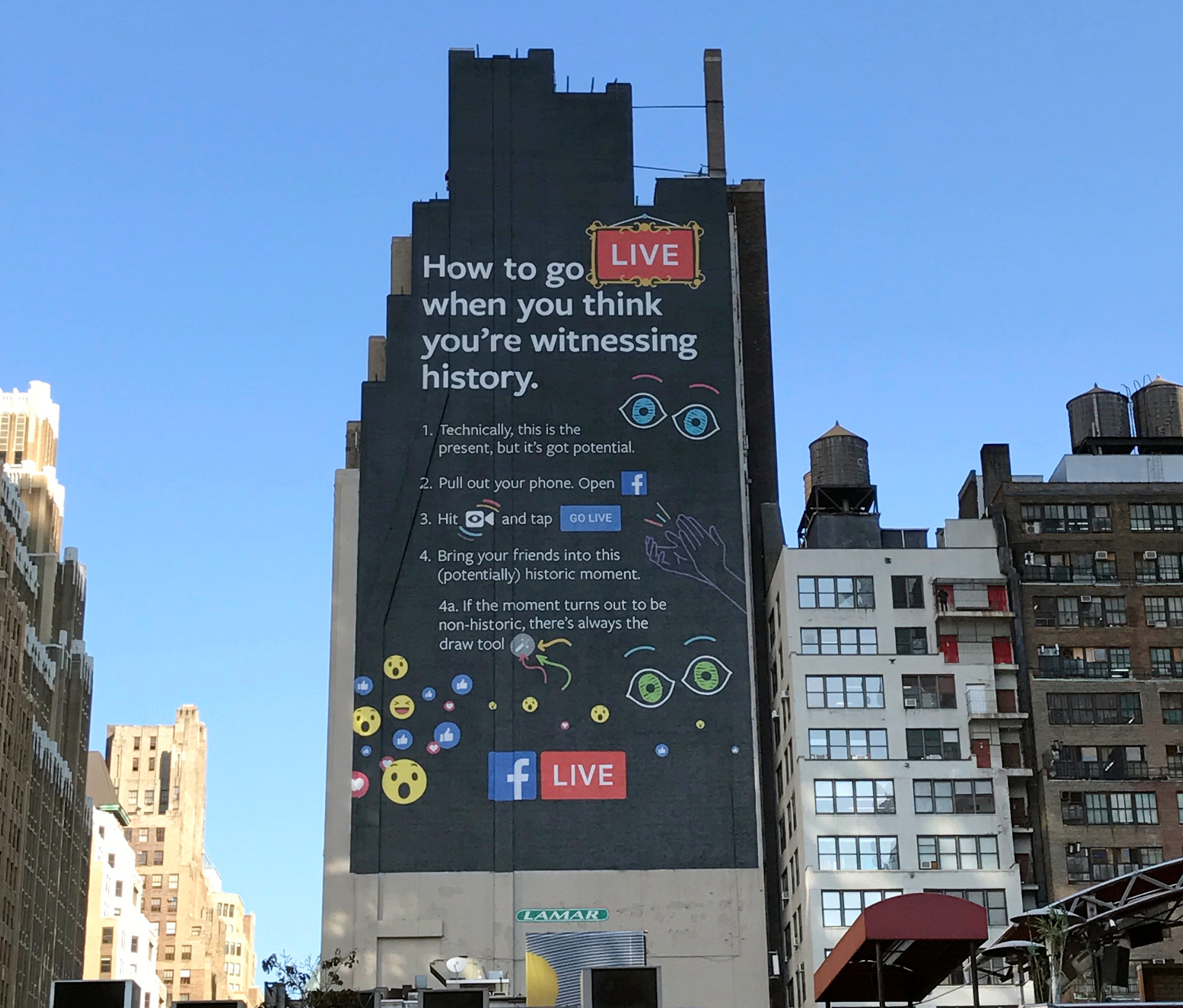 This Nov. 16, 2016, photo shows a Facebook Live billboard on the side of a building near New York’s Penn Station. From billboards to TV ads to endless notifications, Facebook is furiously promoting its live video feature as it tries to get more users to shoot and watch such videos. AP

NEW YORK, United States — From billboards to TV ads to endless notifications, Facebook is furiously promoting its live video feature as it tries to get more users to shoot and watch such videos.

But will it be a big business for the social network? The prospects for advertisers are uncertain, and even when users do “go live” — broadcasting their toddler’s first steps to family or showing footage from protests around the world, for instance — their friends often don’t see it until after the fact, just like any other recorded video.

So why all the big fuss?

FISHING FOR USERS IN THE LIVE STREAM

Some analysts believe it’s just another in Facebook’s ongoing efforts to keep people attached to its service as long as possible. “It’s a usage thing — keeping them engaged, keeping them on Facebook, giving them an avenue to share,” says eMarketer analyst Debra Aho Williamson. “As long as Facebook can be successful with that, it can show ads to them.”

As is its custom, the company is first pushing the service to as many of its 1.8 billion users as possible. Users get special notifications when their friends go live, and ads prompting them to do the same have been prevalent in the last few weeks.

But making money off live streams isn’t easy, starting with the fact that they offer few opportunities to display video ads. But that’s OK, Williamson says, arguing that now is the time for marketers to experiment with the feature.

Some are already doing just that — not by advertising on other live broadcasts, but by streaming themselves. General Motors, for example, was the first automaker to livestream on Facebook, rolling out its Chevy Bolt EV at the 2016 Consumer Electronics Show.

Mobile video, especially live video, is already transforming how we experience the world online, whether that means puppies and kittens or witnessing crime , social unrest and other world events. We can stream official channels and news, as well as individual people’s perspectives in a way that was not possible just a few years ago.

While the company isn’t disclosing data on how many users have gone live or watched a live video, anecdotally at least it seems to be catching on — somewhat. The company says people comment more than 10 times more on live videos than on regular ones, and that the number of people broadcasting live at any given minute has grown by fourfold since last May. Facebook gave regular users the ability to create live videos in April.

At the same time, live videos that have gotten outsize attention — those showing police shootings, for instance — are not exactly good PR for the company. While the vast majority of live streams don’t involve violence or crime, Williamson says the negative connotations are “definitely a red flag and could cause advertisers to take a second look on whether it makes sense for them.”

Facebook warned last year that “ad load” — that is, the number of ads it can push in front of users without clogging up their feeds — is unlikely to keep increasing. After all, the company can’t keep endlessly shoving more advertisements before users without souring them on the experience. To maintain growth, Facebook needs higher-priced ad products.

Live video, Parrish says, is a good platform for that. Even if advertisers themselves are not yet “going live” with their own videos, splicing ads into live broadcasts could be a lucrative option to reach highly engaged eyeballs.

There’s another upside for live video: anecdotally, it is popular with young users, the generation that’s following millennials, according to Parrish. For Facebook, this could be a good way to fend off criticism that it’s losing popularity with the younger set.

On Wednesday, Facebook blew past Wall Street’s expectations again with its quarterly earnings report, despite some concerns that its ad load has reached its limit. The company reported fourth-quarter earnings of $3.56 billion, up sharply from $1.56 billion in the same period a year earlier.

On a per-share basis, the Menlo Park, California-based company said it had net income of $1.21, up from 54 cents per share. Earnings, adjusted for one-time gains and costs, were $1.41 per share in the latest quarter. The company posted revenue of $8.81 billion, up 51 percent from $5.84 billion a year ago.