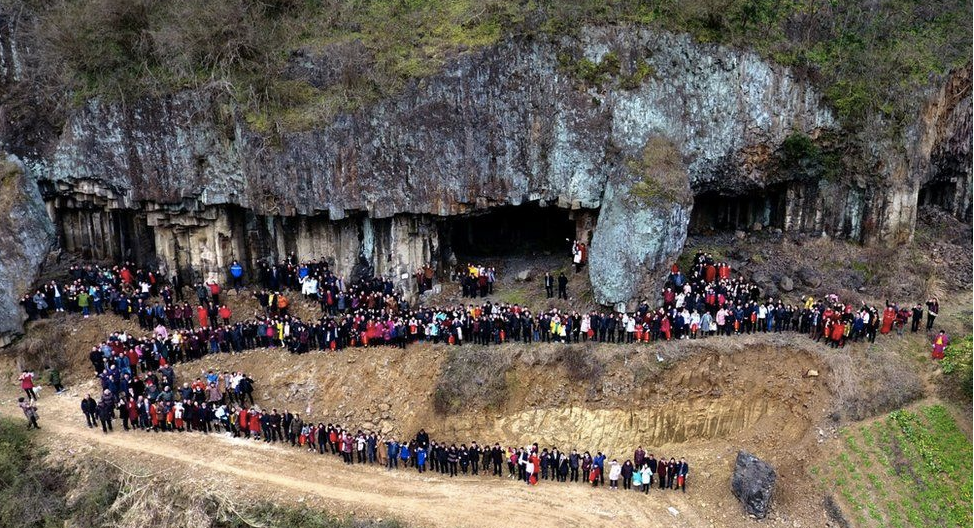 The Ren family reunion gathered 500 relatives who came all the way from Beijing, Shanghai, Xinjiang and Taiwan. Image: Zhang Liangzong/Weibo.

Family reunions, although fun in nature, could be very taxing for the people who organize it.

Now imagine having to arrange a shindig for 500 family members and gathering them in one place at the same time.

A viral photo of a clustered group of people has amazed the internet, after one Chinese family gathered a total of 500 members outside a cave in Shishe village in China’s eastern province of Zhejiang.

As per reports from the BBC, the Ren family reunion managed to gather a total of 500 family members last week, in celebration of the Lunar New Year period where large family gatherings and meals are the norm in China.

The family members came all the way from Beijing, Shanghai, Xinjiang and Taiwan, the report said. 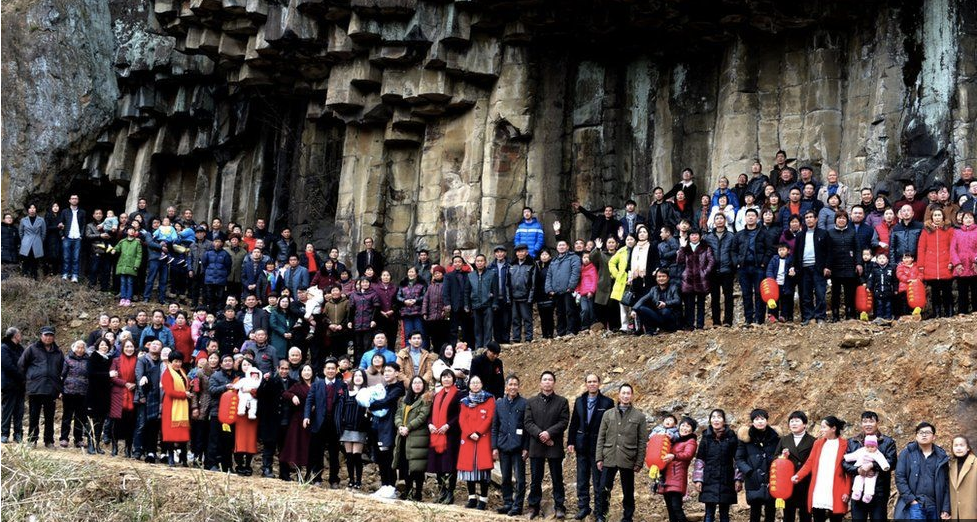 Through the use of a drone, photographer Zhang Liangzong managed to snap an aerial photo of the massive gathering, just in front of the cave’s magnificent basalt formations.

The Ren family lineage, which traces its roots from the Shishe village 851 years back, reportedly has not had a reunion in eight decades.

“One reason was to understand where our descendants have spread to, where they have ended up and where they live, to account to our ancestors,” village chief Ren Tuanjie described the reason behind organizing such a massive get together.

“And another reason was also to let descendants all over the country know their roots, so that wherever they go they will not forget where they come from,” Tuanjie, who belongs to the 26th generation of Rens and whose name happens to mean “reunion” in Chinese, added.

Given China’s high population numbers, large family portraits are common in the country, but netizens—particularly from Weibo—where stunned by the scale of the Ren family photographs.

The unusual mayhem stirred quite an intrigue from online users, with one commenter saying “Do these family members even know one another?”

Another quipped: “What if they meet someone they like in the group? Can they still get married?”

Despite several quirky reactions online, the party chief highlighted the importance of having close ties among family members.

“China is moving toward modernity, but Chinese people’s roots in their native land never disappear,” he said. “Wherever they go, the descendants of any family have always got something to bring them together.” Khristian Ibarrola

Viber, Spotify, other apps in iOS down due to technical problem