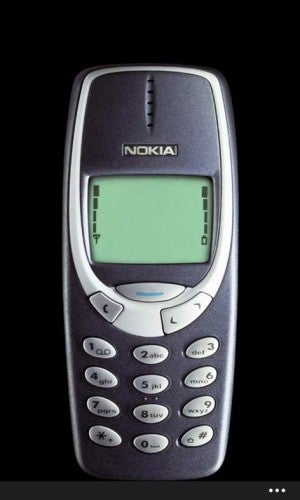 A former army man from the United Kingdom claims his 17-year-old Nokia 3310, which has stood the test of time and has survived bloody battles, is still working good as new.

Back in 2000, Dave Mitchell bought the petite mobile phone and since then, it never got damaged and continues to “serve its duty” up to now, Mirror UK reported.

His handy phone was always at his side when he was stationed in Afghanistan, Iraq, Jordan and Germany, and now the 49-year old Mitchell takes pride that his Nokia 3310 always still has four bars of signal.

Just like his life, his phone survived numerous battles; it has been thrown, stepped on, dropped, grilled in the washing machine, and doused in hot curry sauce, but it only needs charging once every ten days.

Mitchell said, “Whenever something happens to my Nokia, I just have to click it back together again – it seems to be made of kryptonite.”

But what does he have to say about the things he might be missing out on from not using today’s latest smartphones?

“For me, a phone is for making and receiving calls and texts,” Mitchell told the news site.

Whatever happens, Mitchell is bent on not letting go of his aging gadget in exchange for an iPhone or Samsung. “I was given a newer phone with internet access by my son a few years ago but I just didn’t want it,” he added. “My needs are very basic. The phone has a calculator and games like Snake 2 if I’m bored.”

As expected, his unique fondness of Nokia 3310 was the epicenter of his tech-savvy friends’ jokes. He elucidated, “A lot of people laugh at me but when push comes to shove their phones break much more easily,” he said. “I’m not a dinosaur and I know how new technology works but I don’t want to be looking at my phone every minute.”

“If I want to go on the internet, I am happy to wait until I get home or work and sit at a computer,” he sums it up. “I think there is a real sense of freedom in doing that.” Gianna Francesca Catolico