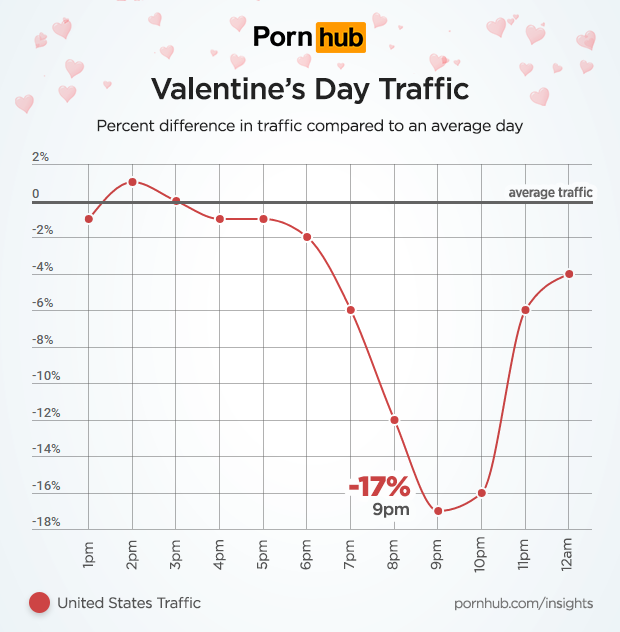 Pornhub’s statistics took a nosedive yesterday, on the “day of hearts,” as its viewers prioritize real world interaction versus watching others doing the “interaction.”

According to Porhhub’s own statistics, it was revealed that traffic dropped as much as 17 percent after 6 p.m. The lowest point was reached at around 9 p.m., after which traffic sharply went back up–probably when everyone else has finished their own businesses. 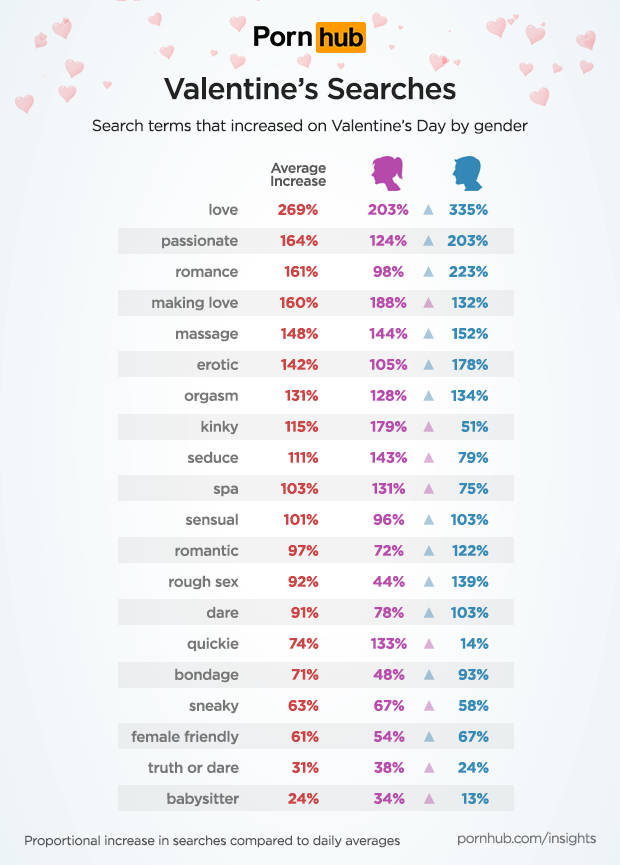 For those who did stay on the site, the most searched terms were “love,” “passionate” and “romance.” Surprisingly, the rise was much more prominent among the male audience.