Gandalf the Grey wanders through New Zealand with amateur photographer 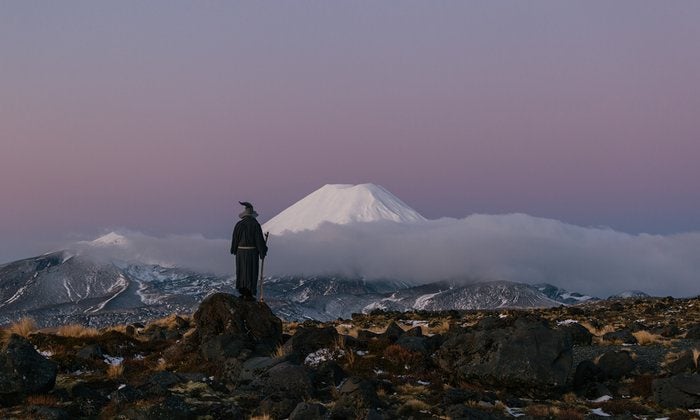 New Zealand is known for its breathtaking natural scenery and is a favorite subject for photographers. One amateur photographer decided to change things up a bit during his NZ shoot and enlisted one of Middle Earth’s most renowned personalities, none other than Gandalf the Grey himself.

Or at least strangers dressed up as Gandalf.

Akhil Suhas is a 21-year-old Indian amateur photographer who spent six months touring New Zealand while documenting the entire 15,000 kilometer journey. Along the way, he would feature locals and tourists dressed as Gandalf the Grey from “Lord of the Rings” in his many photographs of New Zealand’s landscape, reports The Guardian.

Upon posting his images, Suha suddenly gained 5,000 followers on Instagram. He said that he wanted his photos to stand out. The inclusion of a solitary recurring figure in the shots also gave the photos more focus and scale. In a way, the shots are similar to old Chinese landscape paintings where small human figures could usually be spotted amidst the landscape.

“I wanted a recurring subject in my photos,” Suhas said in the report. “When you have so many photographers visiting the country, I figured that I needed to do something to set me apart. Then, I was watching the Lord of the Rings for the 5th time and then the idea struck.” 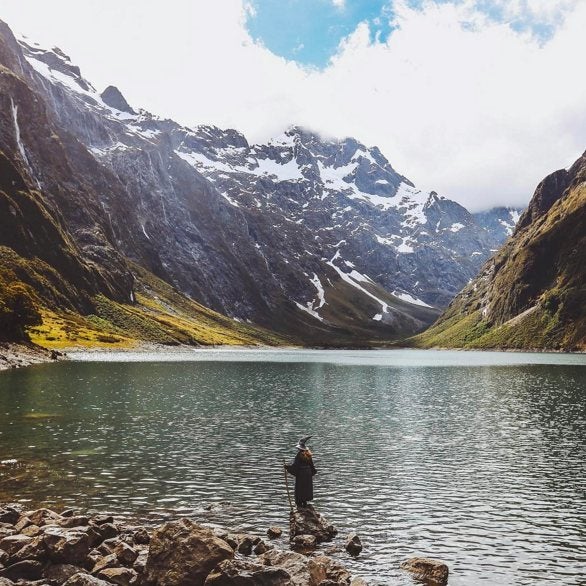 During his trip, Suhas occasionally spent time working at hostels for some extra funds. At times, he camped out in the back of his station-wagon to save cash. He also spent a portion of the trip with a photographer friend.

When traveling alone, he would strike up conversations with strangers and later on offer them to dress up as Gandalf and pose for his photographs. Surprisingly, not a single one turned him down.

“The trick is to strike up a conversation and then explain my project, and then ask them if they’d like to dress up!” he said.

Having Gandalf the Grey (incidentally the wandering wizard of Middle Earth) pop up in different locales is a stroke of genius to say the least. Other than that, having a recurring figure to relate to in the photos also helps when imagining the grandeur of the scenery. Alfred Bayle/JB