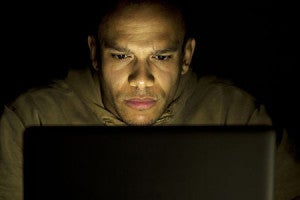 As Facebook CEO Mark Zuckerberg published his manifesto outlining the company’s ongoing commitment to filter out false news and hoaxes without undermining free speech, the findings from a new study by market research and consultancy firm Parks & Associates suggest that he needs to put this manifesto into action, as quickly as possible.

According to the “360 View: Digital Media & Connected Consumers” study, 29 percent of United States broadband households now get the majority of their news via social media platforms.

“The next generation is embracing online media,” said Glenn Hower, senior analyst at Parks Associates. “Younger consumers, many of whom are passionate about social issues, can find and spread information like wildfire through social media. This is a real problem when inaccurate or unverified reports slip through social media algorithms.”

On Monday, Apple’s senior vice president of internet software and services, Eddie Cue, said that fake news is a growing problem and that the tech community has a responsibility to curb its spread.

FEATURED STORIES
TECHNOLOGY
Erobotics, a solution for the sexual health and well-being of astronauts
TECHNOLOGY
‘Inseparable’ lion couple put down together in zoo due to declining health
TECHNOLOGY
Japanese engineers create smart mask that can speak 8 languages

“Since the vast majority of news is now being read through devices, and through services that are provided through those devices, then I do think that we all have a responsibility for it,” he said.

Zuckerberg declared that tackling the spread of fake news was a fundamental ideal for ensuring that Facebook remains an “informed community.”

“We know there is misinformation and even outright hoax content on Facebook, and we take this very seriously,” he said via an in-depth Facebook post. However, he is also wary of stifling free speech, adding: “Our approach will focus less on banning misinformation, and more on surfacing additional perspectives and information, including that fact checkers dispute an item’s accuracy.”

However, all parties seem to agree that a strong traditional media will be a vital element of any long-term solution.

Zuckerberg said: “Giving people a voice is not enough without having people dedicated to uncovering new information and analyzing it. There is more we must do to support the news industry to make sure this vital social function is sustainable.” JB