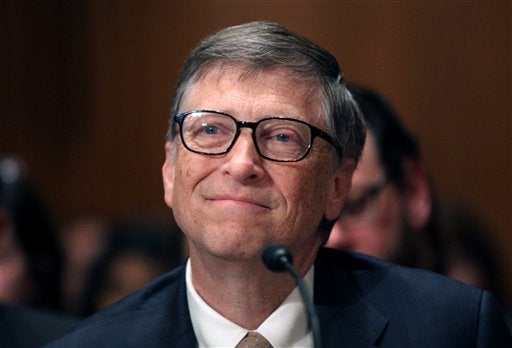 The tech mogul, as per Forbes, reportedly wants to impose tax to robot workers in order to offset the impending job losses. By doing so, corporations or even the government could fund training for positions where humans are still needed, including child and senior care.

Despite its many potential loop holes—including the probable scenario of worker robots becoming unreasonably expensive—Gates is convinced that taxation is key to making the transition more feasible for human workers.

More so, the Windows godfather is also convinced that government should be “figuring [policy] out” to further prepare the sudden avalanche of unemployed workers.

His suggested initiative, however, was already rejected by the European Parliament, which is reportedly focusing on crafting regulations and establishing ethics when it comes to deploying robots. Khristian Ibarrola/JB

TOPICS: Bill Gates, human jobs, Microsoft, robot tax, Robots
Read Next
Snap Spectacles now sold online in the US
EDITORS' PICK
IATF: Food firms to operate with 50% of workforce during Luzon quarantine
DILG to stranded workers: ‘Stay where you are’ until Luzon-wide quarantine is over
BREAKING: 1,075 people in PH has coronavirus disease – DOH
Cebu City closes its borders
Style and music journeys with Claudia Barretto
UP-PGH wards for COVID-19 patients finished in 5 days
MOST READ
Pacquiao to seek probe on leaked private letter from Barangay Dasmariñas
No more bread? Company forced to limit production
BREAKING: 1,075 people in PH has coronavirus disease – DOH
Locsin blasts DOH for blocking entry of Chinese doctors
Don't miss out on the latest news and information.