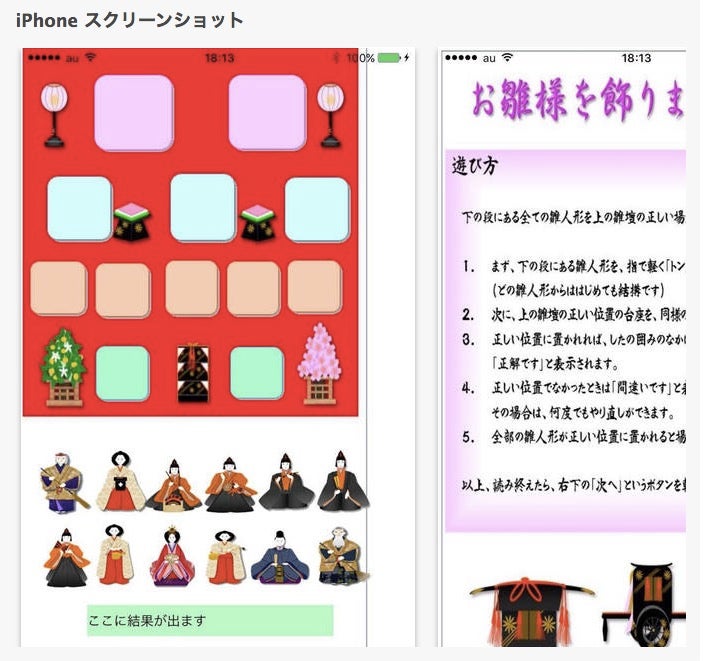 With a little effort and some dedication, Wakamiya has proven that even the elderly can keep up with the fast-paced 21st century trends. Image: Apple App Store

These days, coding has slowly been demystified to allow access to a wider range of individuals, and not just the supposed nerds. So much so that even an 81-year-old Japanese woman can learn to code and even create her own app.

The app is based on a Japanese tradition that’s celebrated annually called Girl’s Day. On this day, display stands are decorated with dolls dressed in Heian-era clothing.

Hinadan (a combination of words: hina for a type of doll, and dan which means tier or level) tasks the player to position 12 dolls on the four-level display stand correctly. An aggressive buzzer will sound off if a doll is placed incorrectly. It pays to have knowledge of the Girl’s Day festival and its traditions. The clip below shows Wakamiya demonstrating her app.

For those who are not knowledgeable about the festival, voice guidance has been made available. Once all the dolls are in place, a congratulatory message will be displayed.

Hinadan is now available for download in the Apple App Store.

It is said that it’s never too late to learn something new. The accomplishment of Wakamiya shows without a shadow of a doubt that the old saying rings true, and that old folks can be really cool. Alfred Bayle/JB