Trial cancer treatment has patients on remission after 1 therapy 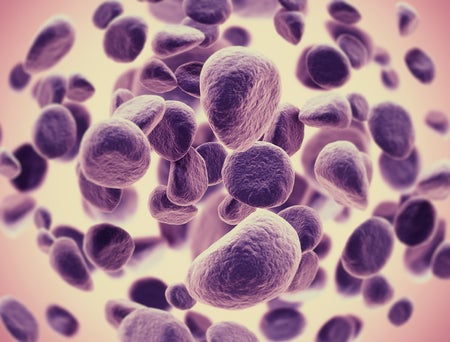 Through the years, the dreaded cancer disease has become some sort of a “death sentence” for those afflicted with it.

But through the advancement of modern science, cancer-stricken patients have managed to prolong their lives and spend more valuable time with their loved ones.

A groundbreaking new gene therapy has given cancer sufferers even more hope, as it has reportedly proven to strengthen immune cells and clear disease from one-third of terminal patients.

According to The Telegraph, a treatment called CAR-T cell therapy by US pharmaceutical company Kite Pharma showed astounding results from its first six months of trial.

Doctors revealed that some 36 percent of the 101 patients on the trial experienced complete remission at six months, while 8 in 10 had their cancer shrink by at least half.

“The numbers are fantastic,” said Dr. Fred Locke, the study’s lead and blood cancer expert at Moffatt Cancer Center in Tampa, Florida, USA. “These are heavily treated patients who have no other options.”

The CAR-T cell therapy, which has been dubbed by doctors as “a living drug,” filters a patient’s blood to remove key immune system cells called T-cells. The cells are then genetically engineered inside the lab to recognize which will help combat the remaining cancer cells.

Despite the promising results, Matin Ledwick, head cancer information nurse from Cancer Research UK, said there’s still a lot of work to do before the experimental treatment starts rolling out to hospitals worldwide.

“These results are promising and suggest that one day CAR-T cells could become a treatment option for some patients with certain types of lymphoma,” he was quoted as saying in the report. ”But, we need to know more about the side effects of the treatment and long-term benefits.”

Much like any other cancer treatment, the CAR-T cell therapy also boasts significant side effects, none more worrisome that sending the immune system into a complete over-drive. Two people also died from the therapy, the report said.

Others cited several  neurological problems such as sleepiness, confusion and tremor or difficulty in speaking, which subsided in a matter of days.

Meanwhile, the full results of the treatment findings will be presented at the American Association for Cancer Research conference in April.  Khristian Ibarrola /ra