New study reveals how much pee there is in swimming pools 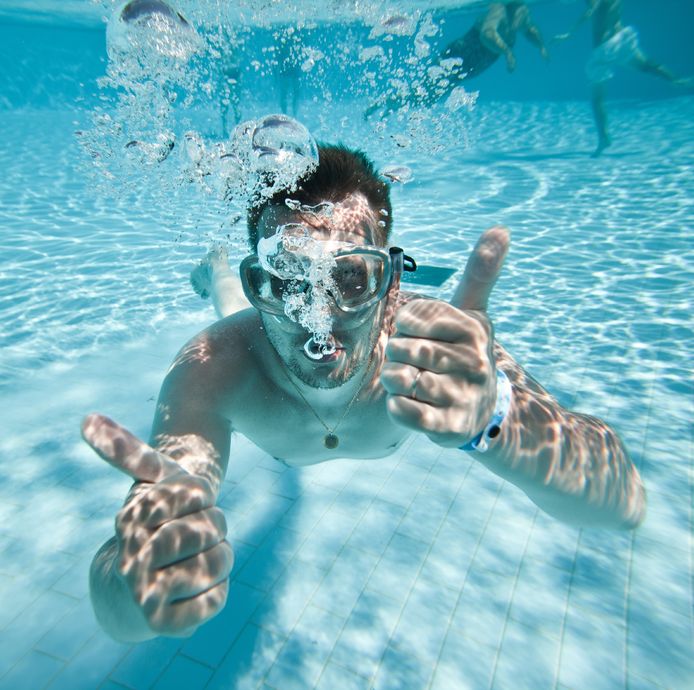 A group of researchers found out the amount of urine in public swimming pools. File photo

With the scorching summer heat soon to engulf the metro, people are starting to flock to their favorite  beaches and swimming pools to cool down.

Although it has become quite a running gag for the longest time, researchers have finally confirmed that most people are actually peeing in pools.

A group of researchers from the University of Alberta in Edmonton, Canada performed a series of tests to measure the amount of urine from 250 samples, coming from 31 pools and hot tubs.

“Our study provides additional evidence that people are indeed urinating in public pools and hot tubs,” one of the researchers, Lindsay Blackstock, confirmed.

The shocking results, as per The Guardian, showed that one 830,000-liter (220,000-gallon) pool—which is about one-third of an Olympic-sized pool—contained 75 liters of urine. Tests done on smaller pools had 30 liters.

By measuring the concentration of an artificial sweetener, acesulfame potassium (ACE), the group was able to determine the presence of urine in the water.

The test was made possible since the processed food usually passes through the body unaltered.

Over the course of three weeks, Blackstock and her crew calculated that swimmers had released 75 liters of urine—which was enough to fill a medium-sized trash can.

Despite their shocking revelation, the group admitted that they were unable to check if the swimmers belonged to different groups or if they were repeat offenders.

“We did not monitor the number of pool users over the three week time period … so there is no way we could estimate the number of individual urination events per day,” Blackstock admitted.

Apart from their home city of Canada, the group is also looking to expand their study to other areas.

“We want to use this study to promote public education on appropriate swimming hygiene practices,” said Blackstock. “We should all be considerate of others and make sure to exit the pool to use the restroom when nature calls.”