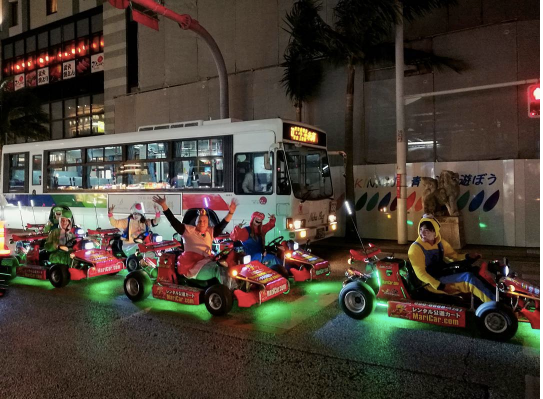 Looks like go-kart services company MariCar will be keeping its name after all.

On Thursday, the Japan Patent Office dismissed an objection filed by the Nintendo Corporation over trademark issues concerning MariCar’s tours and go-kart services.

According to Japan Times, Nintendo claimed that the MariCar brand—which eerily sounds similar to its world-renowned Mario Kart franchise—was directly “intended to be mistaken for or confused with” its game. Hence, the video game company requested the office to revoke MariCar’s trademark.

But after much deliberation, the governing office ruled against the video game giant, claiming MariCar was not widely recognized as an abbreviation of the Mario Kart product.

Nintendo even cited examples of popular video games that are abbreviated in Japanese, including “Pokemon” for “Pocket Monsters,” “Pazudora” for “Puzzle & Dragons” and “Sumabura” for “Super Smash Bros.”

The patent office maintained that MariCar was “an unassociated trademark.”

Still, the Nintendo Corporation is gearing up for another war.

The company also filed a ¥10-million lawsuit against MariCar last month over its allegedly unauthorized use of Nintendo trademark characters to promote its business.

The MariCar company rents out go-karts that have been modified to run on public roads across Tokyo and even provides costumes mirroring Mario Kart characters.  Khristian Ibarrola /ra