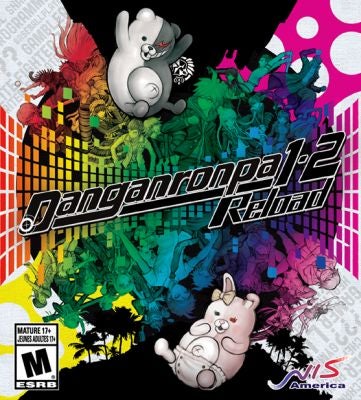 In the lead up to the massive March release of “Mass Effect: Andromeda”, there’s the joy of being a stinky, sneaky goblin in “Styx: Shards of Darkness” and thrill in the off-kilter high school murder mystery conspiracy collection “Danganronpa 1•2: Reload”. Watch out for all these new releases:

Sneak ’em up predecessor “Styx: Master of Shadows” won plaudits, punching above its studio’s perceived weight with impressive visuals and enjoyable characters. French studio Cyanide has another opportunity to impress with this sequel, in which Styx must use all his powers of avoidance to slink through an enemy-infested city.

This is about two murder mysteries in which students at Hope’s Peak Academy have to participate in a deadly game, and one of them, controlled by the player, has the opportunity to find out who is behind the crimes before it’s too late. Previously released on PlayStation Portable, Vita, and Windows, Mac and Linux; now made available ahead of an international “Danganronpa 3” release towards the end of 2017.

A grand science fiction epic that appears to have taken notice of a trend towards exploratory themes since the original “Mass Effect” trilogy concluded in 2012. Players become either Scott or Sara Ryder, twins with a family interest in an excursion to find a suitable colony planet. The franchise typically leans on both action and conversation, detailed supporting characters and engaging plot lines.

A three-stranded story that takes place in (and in between) a near-future earth and an old-world fantasy realm, with three distinct characters—Zoë Castillo, April Ryan and Kian Alvane, returning from well received mid-2000s prequel “Dreamfall: The Longest Journey”, though pre-existing familiarity isn’t necessary. Previously released on PC, Mac and Linux after a successful 2013 crowdfunding campaign. JB