March 14 is celebrated by mathematics enthusiasts around the world as Pi Day. In fact, in 2009, the US Congress voted to pass a resolution designating the date as “Pi Day” due to its resemblance to the first three digits of the recurring constant (3.14).

Pi, the ratio of a circle’s circumference to its diameter, is an irrational number that extends to trillions of digits beyond the decimal point. Clearly, there is more to Pi than 3.14.

But did you know that you can search your birthday and other significant dates or number combinations in your life hidden in Pi’s trillion of digits?

What are the chances of finding your PIN or anniversary date within the Pi? There is a big chance, thanks to the Pi-Search Page at http://www.angio.net/pi/.

The Pi-Search Page, first put up in 1996, allows you to input any string of digits while the engine searches as you type, with extremely fast results. The page says it takes less than 1/50th of a second to process most requests.

Here, we tried searching for (and successfully found) important dates in Philippine history, holidays, and other dates. YG/CBB 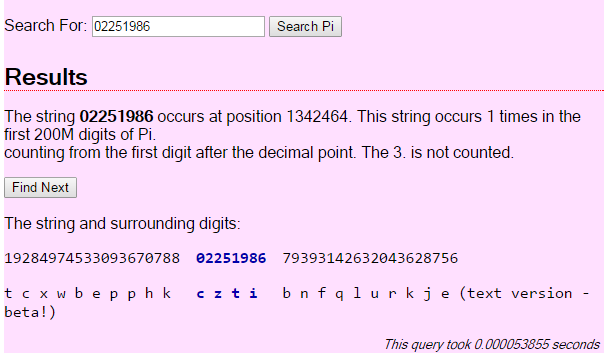 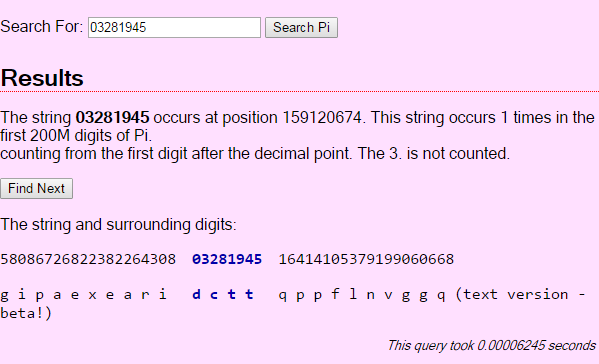 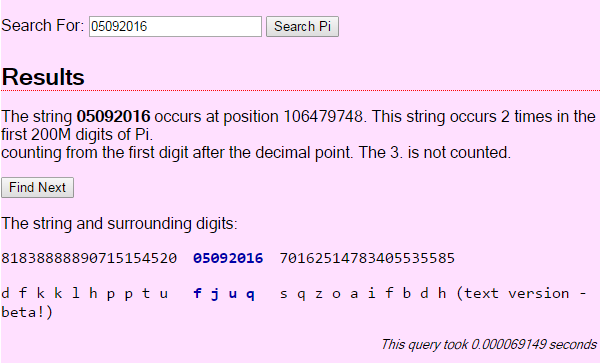 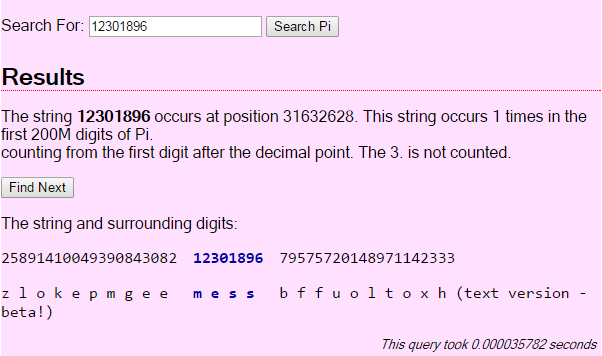 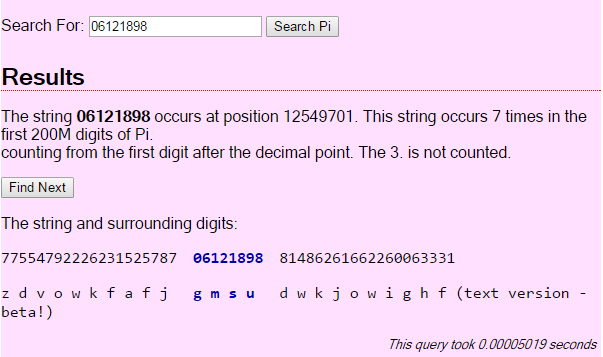 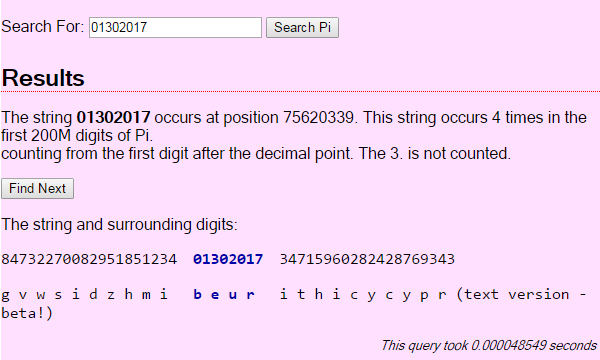