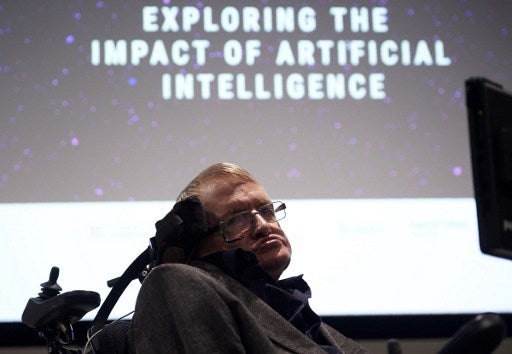 World-renowned theoretical physicist and cosmologist Stephen Hawking certainly knows more about outer space than the average human. Therefore, it’s only fitting that he’s one of the select few to actually be able to go there.

Business Insider reports that the 75-year-old British genius is leaving the Earth soon on board Richard Branson’s spaceship.

According to Hawking, the business magnate personally offered him a seat on Virgin Galactic and that he said “yes immediately.”

Hawking also revealed that he had never envisioned being able to head into space, although had been dreaming of the idea since experiencing a weightless flight aboard a plane, which simulated zero gravity.

“My ambition is to fly into space,” Hawking said, speaking with a computerized voice from his wheelchair in an episode of “Good Morning Britain.”

“I thought no one would take me, but [Virgin founder] Richard Branson has offered me a seat on Virgin Galactic,” he said.

Meanwhile, multiple space exploration projects have offered their services in recent years, including Branson’s Virgin Galactic, which has been looking to fly tourists into space for more than a decade.

If the plan goes through, Hawking, 77, will be the second oldest person to go to outer space, after astronaut John Glenn, who did it also at age 77 in 1998.

However, he will be the first person with ALS, or amyotrophic lateral sclerosis, to go. The ailment is also known as  Lou Gehrig’s disease, which causes death of neurons that control voluntary muscles.

As of this writing, the Virgin Galactic has yet to provide a possible date for Hawking’s exploration.  Khristian Ibarrola /ra