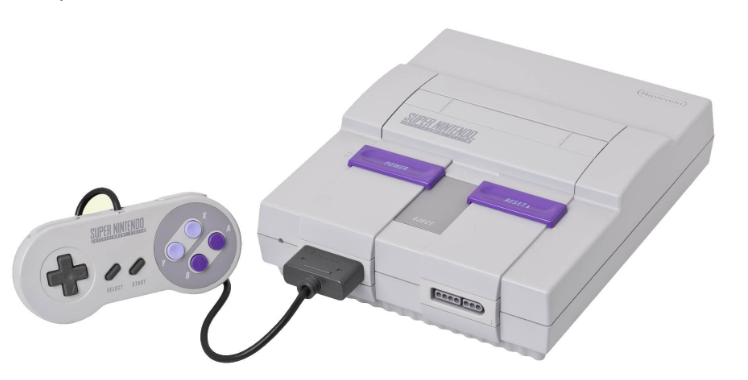 The Super Nintendo Entertainment System (SNES) was a staple to most household in the ’90s.  FILE PHOTO

After enticing old-school gamers with the release of a mini-replica of the Nintendo Entertainment System (NES) a few months ago, gaming giant Nintendo is revitalizing another classic console—in a miniature version, of course.

According to EuroGamer, the Kyoto, Japan-based game developer will soon release a smaller, near-identical version of the original Super Nintendo Entertainment System (SNES) later this year.

Much like the tiny NES, the gaming platform will also boast classic built-in game titles and come with the iconic gray controller.

At the peak of SNES’ popularity—which was regarded as “Nintendo’s golden era of gaming”—the device was the prevalent console for every household and paved the way for multiple popular gaming titles.

Now popular franchises like “Donkey Kong Country,” “Super Mario World” and “The Legend of Zelda: A Link to the Past” all first debuted on the SNES gaming platform.

As of this writing, Nintendo has yet to release the possible lineup of games that might appear on the SNES Classic Edition.

The gaming company also remained mum on the console’s development,  but its sudden cancellation of production of the mini-NES last week could signal that they’re shifting focus to the SNES.  Khristian Ibarrola /ra

Nintendo mini-consoles in PH: Why the hype?