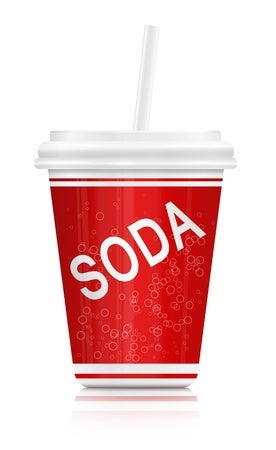 Due to the high sugar content of fizzy soda or soft drinks, most people usually opt for “lesser evil” alternatives, particularly those of the “diet” variety.

But according to a recent study, these “sugar-free” substitutes are no better, as it almost triples the risk of possibly developing dementia.

Scientists from the University of Boston have recently concluded a link between drinking the artificially sweetened beverages and the dreaded mental condition.

Following a previous study which showed that artificial sugar causes harm to blood vessels, the researchers monitored the dietary habits of 4,000 people for seven years, and assessed their health for a decade, The Telegraph reported.

The shocking results, which was published in the journals Alzheimer’s & Dementia and Stroke, revealed that those who consumed the faux flavoring were 2.9 times more likely to develop Alzheimer’s disease than those who refrained from drinking any.

Their risk of suffering an ischemic stroke also rose drastically, the report said.

“We know that limiting added sugars is an important strategy to support good nutrition and healthy body weights, and until we know more, people should use artificially sweetened drinks cautiously,”  Professor Rachel Johnson, former chair of the American Heart Association’s Nutrition Committee, told the news outlet.

“They may have a role for people with diabetes and in weight loss, but we encourage people to drink water, low-fat milk or other beverages without added sweeteners,” she added.

The study, meanwhile, was correlated with dementia statistics in the United Kingdom, which showed that those aged from 65 to 80 have roughly a 7 percent chance of developing the disease. The odds increase to about 16 percent, for those who frequently consume the artificially sweetened products.