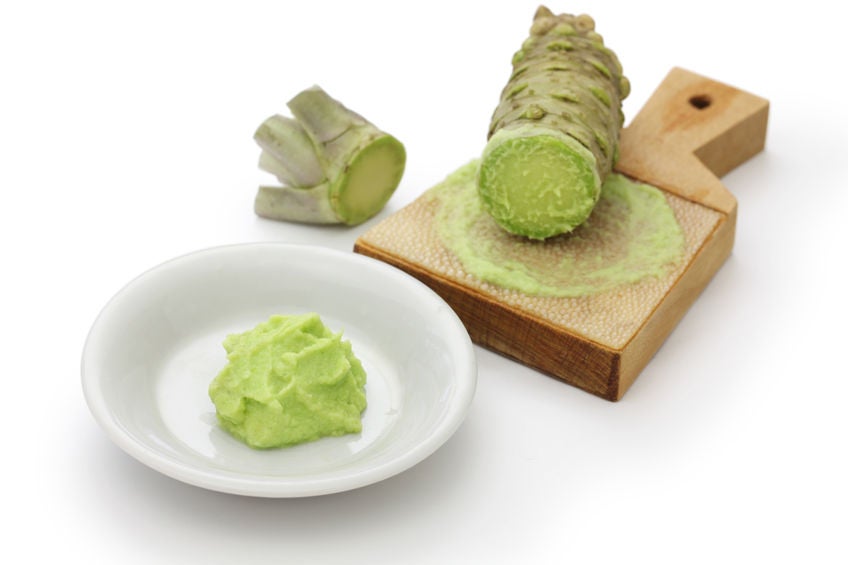 While wasabi makes a fine addition to Japanese cuisine, a recent discovery states that the pungent sushi condiment is able to regrow hair.

The discovery was announced by Kirin, a leading company in the wasabi industry. Researchers involved found that the chemical isosaponarin taken from the leaves of the wasabi plant could awaken papilla cells in the human scalp, reports Tokyo Shimbun.

It was found that papilla cells, which play pivotal roles in hair formation, reacted positively to isosaponarin. The chemical also triggered development of proteins for creating pathways that bring nutrients to papilla cells.

The effect is similar to more popular hair growth solutions based on a chemical called minoxidil, except that the isosaponarin effect was three times greater.

Not only that, the researchers also found that 6-MSITC found in the edible part of the wasabi plant also affects papilla cells.

Now, before you run out to the nearest Japanese market to go wasabi shopping, keep in mind that only Japanese wasabi have hair growth chemicals. Wasabi also need to be lathered on the scalp, not eaten, to stimulate hair growth.

Another thing to keep in mind are the labels “本わさび使用” and “本わさび入り” which will be written on market-sold wasabi tubes. The former label states, “contains real wasabi”; the latter means that the tube only contains less than 50 percent of Japanese wasabi.

So if you ever see a man ordering up lots of wasabi in a Japanese restaurant, don’t judge. He could just be really into wasabi on his food. Alfred Bayle/JB