Is Apple ditching the iPad mini? 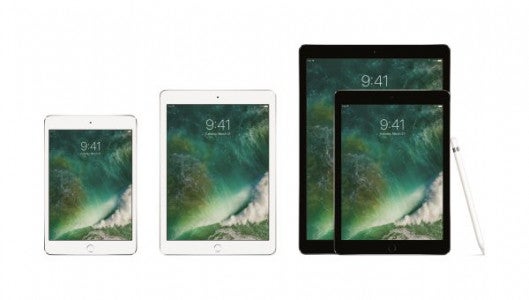 The iPad 2017 range currently consists of three types: the iPad mini, the iPad classic and the iPad Pro. Image: Apple via AFP Relaxnews

Has the fashion for phablets killed off small tablets? Apple is preparing to drop the iPad mini from its range of tablets, according to a report from BGR citing a source close to Apple.

The announcement could be made at Apple’s WWDC (Worldwide Developers Conference) which will be held on June 5 to 9 in the city of San José, California.

Launched in 2012, but with no updates since 2015, the iPad mini 7.9-inch tablet was used by Apple to compete with Google’s Nexus 7 and Amazon’s Kindle Fire in the small tablet market, which was booming at that time. Five years later, the market has changed.

The main reason for dropping the iPad mini is thought to be the significant drop in sales. Many users now prefer a smartphone with a big screen (an iPhone 6s Plus or an iPhone 7 Plus) rather than a small tablet. Also, buyers could be dissuaded by the fact that prices for the latest version of the device start at $399 for the Wi-Fi version with 128GB of storage. That’s only slightly cheaper than the new 9.7-inch iPad, for which prices start at $429 for the same configuration (and only $329 for the 32GB version).

Even though tablet sales have been declining worldwide since 2015, Apple CEO Tim Cook is still very optimistic about the iPad, which he plans to keep positioned at the top end of the market as a PC alternative. It’s rumored that a new 10.5-inch iPad Pro (putting it between the 9.7 and 12.9-inch models) could be unveiled at the WWDC.

Apple’s WWDC brings together developers and creatives from all over the world. Over a thousand Apple engineers will be at this year’s event to meet and engage with developers. JB