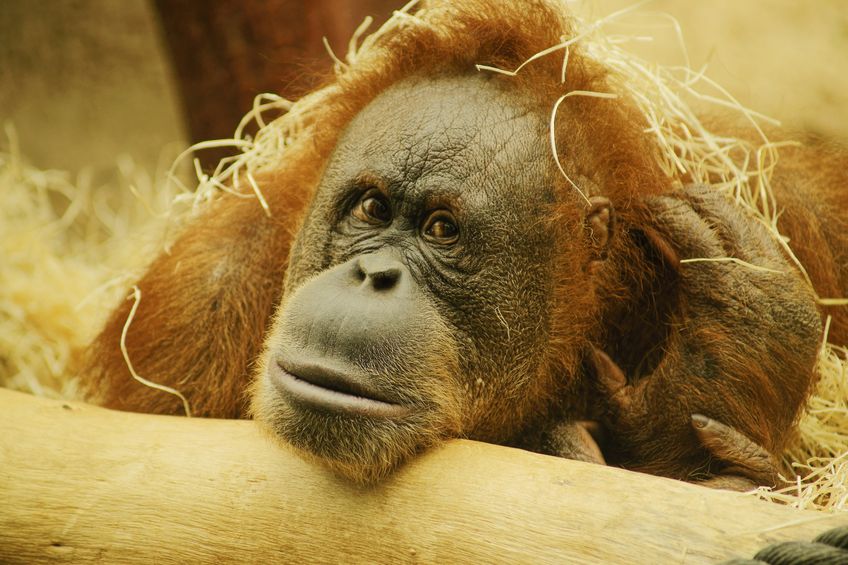 The orangutan is the only great ape to live in Asia. They are endangered due to habitat loss. Image: INQUIRER.net stock photo

A recent study has shown an increased drop in biodiversity around the world. Animal species are going extinct with most people not even noticing.

A study by Stanford University biologists published on “Proceedings of the National Academy of Sciences” discovered that the Earth has entered an era of mass extinction which rivals the time when dinosaurs went extinct 66 million years ago. This would be the sixth such event that our planet will be witnessing.

The International Union for Conservation of Nature (IUCN), an agency keeping track of threatened and extinct species on the planet, estimates that around 41 percent of all amphibian species and 26 percent of all mammals are in danger of going extinct.

According to the Standford study, more than 30 percent of vertebrate species are declining in population size and range.

Range pertains to the amount of space where animals can hunt and live in. The decline is happening in both tropical and tempered regions of the planet. Mammals of southeast Asia were discovered to have taken the biggest hit to their range where it has already gone down by 80 percent.

Scientists call these developments a prelude to mass extinction because even though some species are not yet considered endangered, the disappearance of a group from the same species in some part of the world ultimately adds up, whether they are close to extinction or not.

For example, rats are spread out all over the world. If the population drops in Manila, for example, there’s still leeway for other rat groups around the world to offset the lost numbers. But if rat groups totally disappear from Manila, New York, Tokyo, Singapore and other major cities, then the overall rat population in the world takes a big hit and puts the species in danger.

Now, imagine this happening at the same time to over 27,600 species of birds, amphibians, mammals and reptiles.

Furthermore, the scientists point out the importance of maintaining the biodiversity, or the number of different species living in one place. Animals play a crucial role in our natural environment, like how bees pollinate flowers so that plants can spread. Scientists fear that the loss of certain animals in a region will eventually lead to the rapid loss of plant life.

Based on conservative estimates, a window of two to three decades are all we have to think of something that will have any significant effect to reverse the signs. Yet within this period, more animal populations are expected to go down, which will also affect human life. JB

The perfect crime foiled by … a mosquito

Tick bite-induced meat allergy spreading to parts of US, other countries