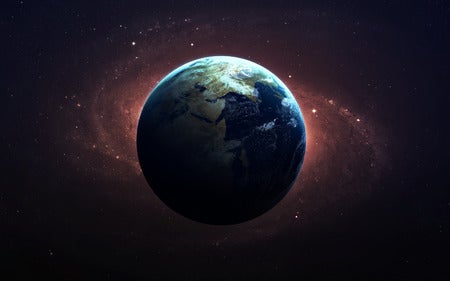 Teleportation has always seemed a far-fetched possibility for mankind, often being reserved only for movies and science-fiction.

Now, the process has become a reality, thanks to quantum physics.

Chinese researchers have managed to successfully teleport a photon from Earth  to the satellite called Micius, orbiting more than 500 kilometers away, The Business Insider reported. Photons are considered an elementary particle, a result of an electromagnetic radiation such as light.

“Long-distance teleportation has been recognized as a fundamental element in protocols such as large-scale quantum networks and distributed quantum computation,” a representative from the Chinese team told MIT Technology review, as relayed by the news outlet.

“Previous teleportation experiments between distant locations were limited to a distance on the order of 100 kilometers, due to photon loss in optical fibers or terrestrial free-space channels.”

Meanwhile, Micius, which acts as a highly sensitive photo receiver, possesses the capabilities for detecting quantum states of single photos from the ground.

The satellite was initially launched to test various technological building blocks including entanglement, cryptography and teleportation.

Not only was the group able to accomplish the latter; it also set the record for the longest distance  for which entanglement has been measured, the report said.  Khristian Ibarrola /ra