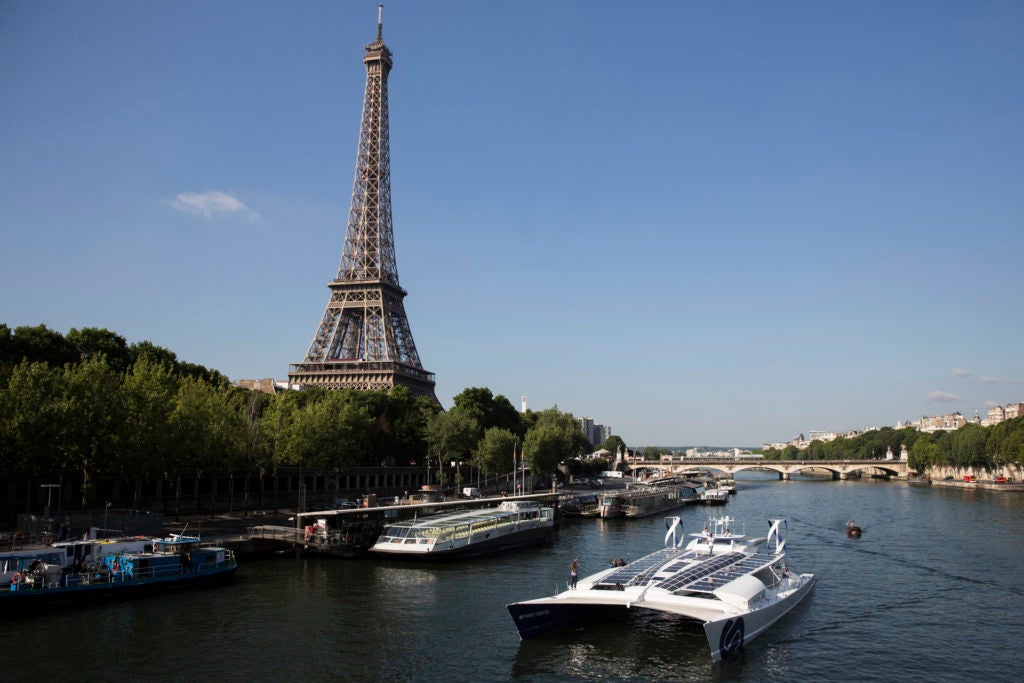 In this July 4, 2017 file photo, the Energy Observer, a former race boat turned into an autonomous sailing vessel powered by a mix of solar, wind and hydrogen, sails past the Eiffel Tower on the Seine river in Paris. Fueling itself, the boat is setting off from Paris on a six-year, round-the-world journey that its designers hope serves as a model for emissions-free energy networks of the future. AP

PARIS, France — A boat that fuels itself is setting off around the world from Paris on a six-year journey that its designers hope will serves as a model for emissions-free energy networks of the future.

Energy Observer will use its solar panels, wind turbines and a hydrogen fuel cell system to power its trip. The 5 million-euro ($5.25 million) boat heads off Saturday from Paris toward the Atlantic.

The futuristic-looking 30.5-meter (100-foot) boat will rely on sun or wind during the day and tap into its hydrogen reservoirs at night. It produces its own hydrogen through electrolysis of sea water.

Originally designed in 1983, the boat enjoyed a successful career in open-sea sailing races before skippers Frederic Dahirel and Victorien Erussard and a French research institute converted it into the Energy Observer project. CBB