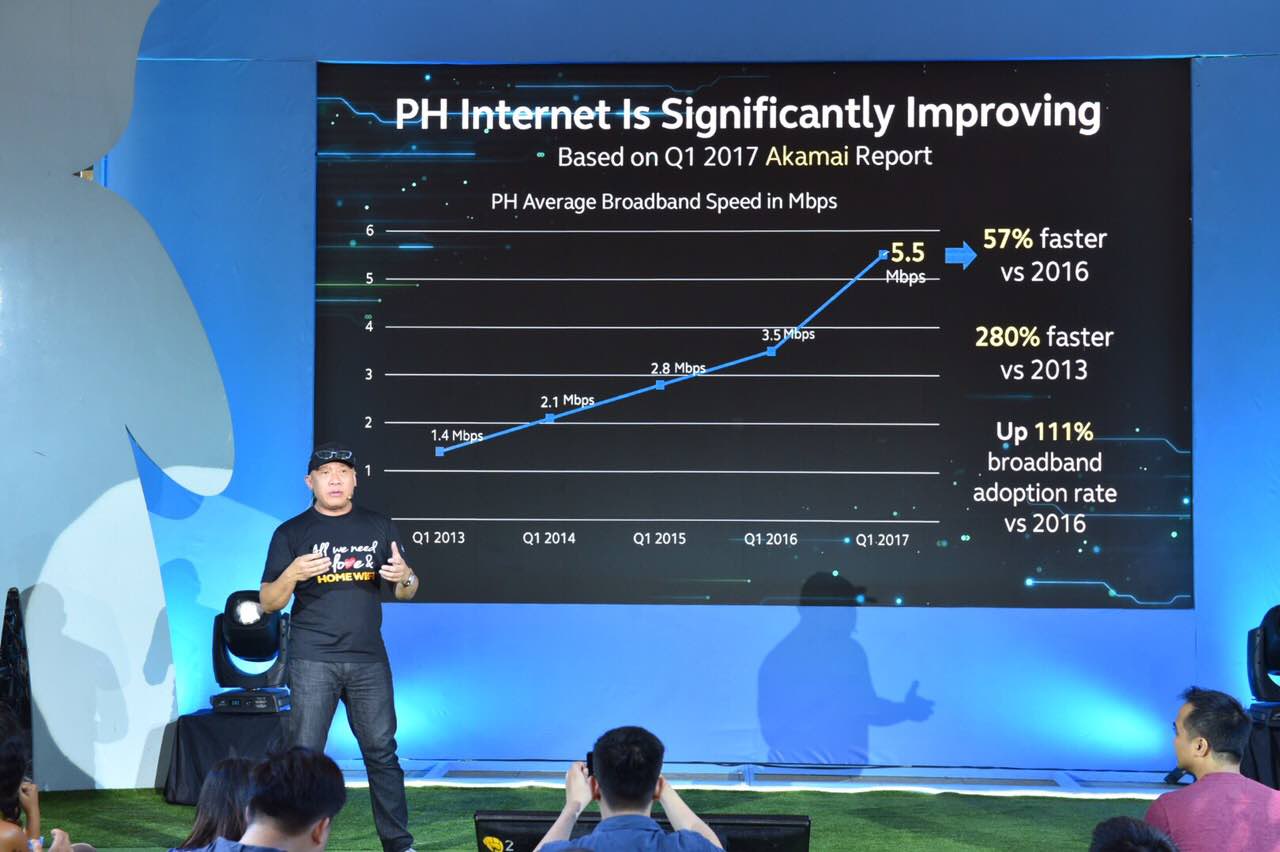 Globe President and CEO Ernest Cu shares the improvements of broadband in the country and how Globe At Home aims to expand further to service more families nationwide.

In its continuing effort to elevate the state of the Internet in the Philippines, Globe has rolled out extensive efforts in expanding broadband connectivity with a mission to connect 20 million homes in 2020.

Since the telco’s aggressive rollout of leading edge network technology in 2016, the country has seen noteworthy improvements in Internet speeds and adoption rates.

Based on the Akamai Report for the first quarter of 2017, PH fixed Internet speed is now 57% faster at 5.5 Mbps versus 3.5 Mbps in 2016. In terms of broadband adoption, the country registered the strongest growth in Asia Pacific region in terms of “above 4 Mbps connectivity adoption” at 39% adoption rate, growing a robust 111% year on year.

“The growth and improvements in speeds and adoption substantiates the company’s efforts in improving the quality of connectivity in the country. As we continue aggressive deployment of leading edge network technology, we progress towards serving more homes with high-speed internet,” said Globe Senior Vice President for Globe Broadband Business, Martha Sazon.

Leading the charge in improving the overall connected experience, Globe At Home has strengthened its broadband plans to be able to bring first world entertainment to Filipinos. Recognizing that customers are at a turning point in terms of content consumption, the recent launch of its GoBIG plans is out to change the way Filipinos watch TV.

The new GoBIG plans are offered with bigger data allocation, fast speeds, access to entertainment content, as well as options for various streaming devices. These streaming devices such as Google Chromecast, AppleTV and the latest AndroidTV allows families to watch all their favorite movies and shows on the big screen, at their own time.

All GoBIG plans also come with additional 100 GB of data exclusive for YouTube, so families can enjoy more videos. Customers also get​ six months free access to Netflix and Disney Channel apps, and a two-month subscription to HOOQ.

For areas where Globe At Home expansion is currently underway, customers can still experience fast and reliable speeds with the first ever Globe At Home Prepaid Home WIFI that provides 50% stronger signal than mobile WIFIs. Customers can get it for only P1,999 in all Globe stores nationwide and enjoy 10GB free data.

Expanding broadband connectivity also goes beyond connecting homes through services like GoWIFI that is able to connect even schools, businesses and other establishments. GoWIFI has now reached 1,000 more locations and 10,000 access points. Recently the EDSA WIFI was also launched to provide high-speed Internet connectivity throughout the 24-kilometer stretch of EDSA.

Globe is on track to hitting its target and progressive rollouts will be undertaken within the next 3 years to be able to deploy 400,000 broadband lines by end 2017.

Like death and taxes, ‘elites we will always have with us’ – national scientist