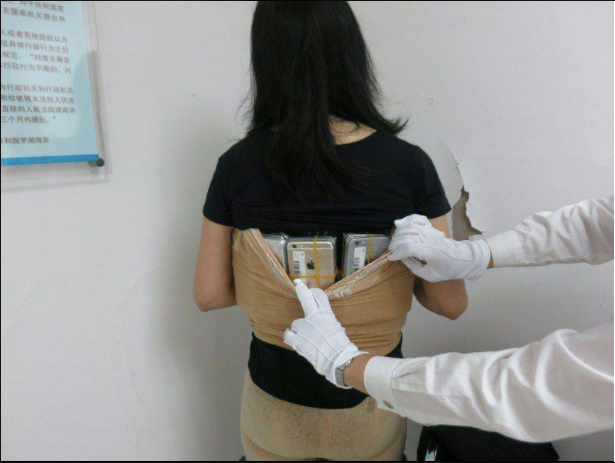 Strapping items to one’s body might just be one of the oldest smuggling tricks in the book, but apparently one trafficker in China thought it was still a good idea.

An unidentified Chinese woman was apprehended by airport officials in Shenzhen, China, after trying to sneak 102 iPhones from Hong Kong.

Security personnel took notice of the suspicious woman, who was wearing a cardigan jacket over her blouse despite the blistering heat.

She also had a noticeably bulky abdomen area, even though her arms and legs were relatively slim, according to Chinese website XMNN, as relayed by Mashable.

As expected, a standard search revealed an astounding amount of contraband strapped to the woman’s body underneath her clothes. 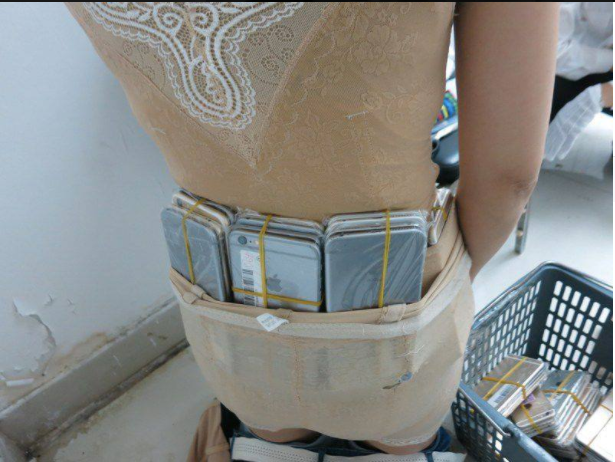 The phones also added over 40 lbs. of extra weight to the suspect, the report said.

Judging from the photos, the haul of multiple iPhone models with different colors could cost over tens of thousands of dollars. 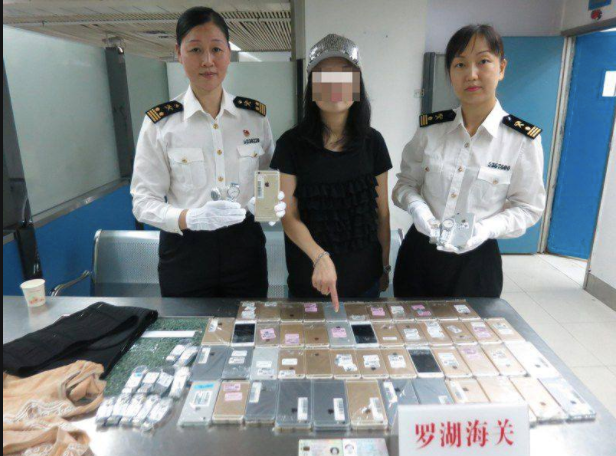 As of this writing, it remains unclear what charges the woman is facing.

iPhone smuggling, meanwhile, is not an uncommon case in Hong Kong airports, considering the devices are sold much cheaper in the Chinese autonomous territory.  Khristian Ibarrola /ra