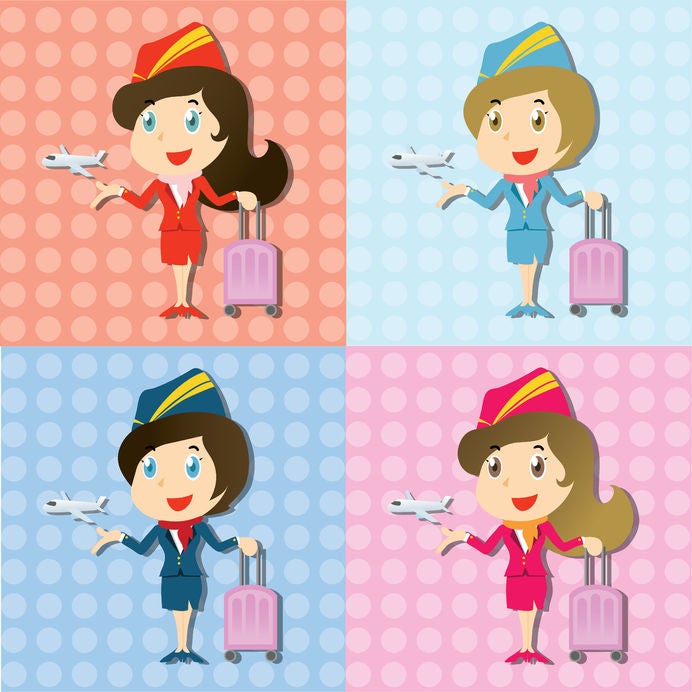 In a time where reports of airline passengers being mistreated abound, a ray of light shines aboard a domestic flight in Japan. 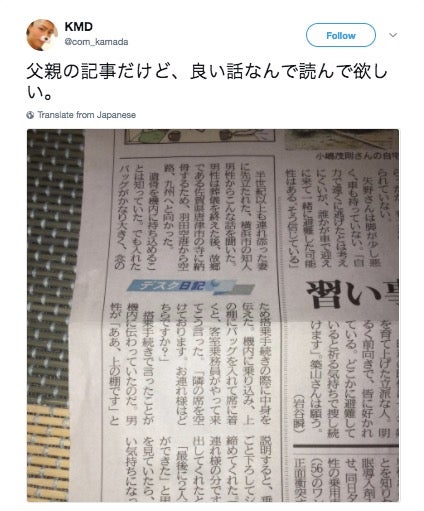 Translation: “This is an article my dad wrote about his friend, but it’s a good story so I’d like you to read it.” Image: Twitter/@com_kamada

According to a post by Twitter user @com_kamada via SoraNews24, an old man was traveling to his hometown in Saga Prefecture, Kyushu to bring his wife’s ashes to her resting place. The couple had been living in Yokohama when his wife was still alive and they were together for more than 50 years.

The container for his wife’s ashes was being kept in a large bag, and upon baggage check-in, he asked if it was okay to take it aboard. He was given the go-ahead.

The old man eventually boarded the plane, went to his seat and tucked away the large bag in the overhead compartment. As he was settling in, a flight attendant came over and said, “The seat next to you is empty. Would your traveling companion like to sit down?”

She then took down the bag, placed it beside the man and secured it with the seatbelt. Later on, refreshments for two were also brought over.

“We were able to have a final trip together, just the two of us,” said the elderly passenger.