Total solar eclipse to engulf US on Aug. 21, NASA confirms 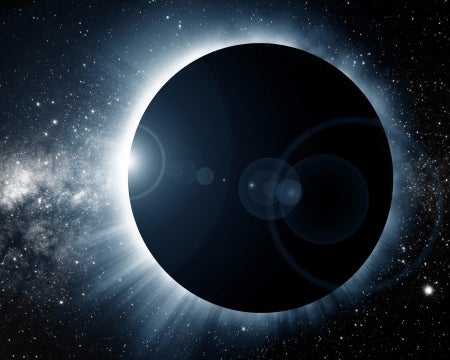 For the first time in 99 years, the United States will experience total pitch darkness on Aug. 21, as the sun, moon and Earth will line up perfectly in the cosmos.

Dubbed by National Aeronautics and Space Administration (NASA)  as the “Great American Eclipse,” the darkest path, or “totality,” will contain a 70-mile ribbon from Oregon to South Carolina, The Guardian reports.

“We’re going to be looking at this event with unprecedented eyes,”Alex Young, a solar physicist who is coordinating NASA’s education and public outreach, said, adding that the eclipse would be heavily viewed and celebrated by millions of people.

Given the magnitude of such once-in-a-lifetime phenomenon, several groups from the areas of totality have already planned parties  and viewing get-togethers.

Scientists, on the other hand, are lauding the event’s possible scientific breakthroughs.

“This is a really amazing chance to just open the public’s eyes to wonder,” said Montana State University’s Angela Des Jardins, a physicist in charge of a NASA eclipse ballooning project.

Researchers have estimated the eclipse to last 90 minutes, as the lunar shadow sweeps coast to coast at more than 1,500 mph (2,400 kph).

The group also advised onlookers to focus on the sun’s crown corona, which will shine like a halo. Normally, the crown is invisible to the naked eye.  Khristian Ibarrola /ra