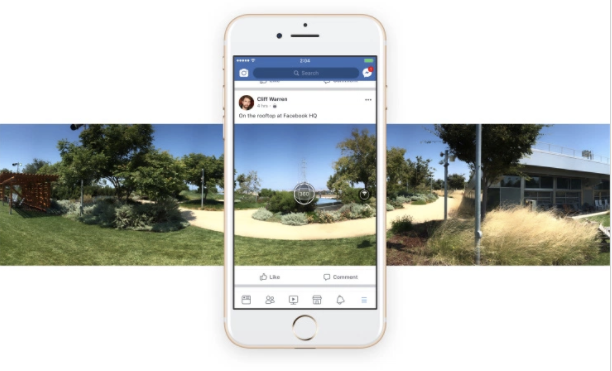 The creative panoramic photos and videos feature, more popularly known as 360 content, first made its way to Facebook last year.

Now, the social media platform also allows the capture of such content in its platform, without the need for a third-party app or camera.

As announced in a recent Facebook blog post, iOS and Android users will now be able to create and share an “immense view of your world” by simply using their phones’ camera app.

Much like earlier 360-supporting apps, users must slowly spin around for a full turn while keeping the graphic centered in the middle.

Each angle will be separated by multiple frames, which users can review and alter instantaneously. Once finished, users may assign a “starting point” for the photo and publish it.

Even better, Facebook is now allowing 360 images to be used as cover photos for profiles.

Currently, the app will only support still images, but will be able to accommodate videos in coming updates. /ra