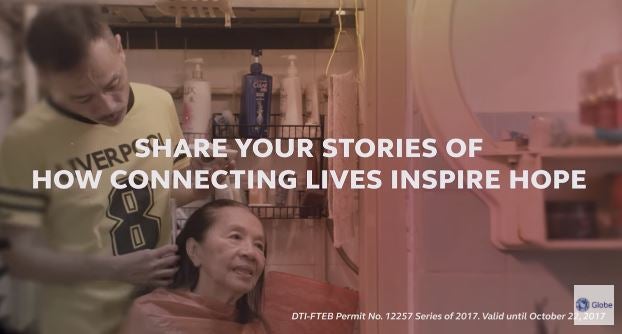 What can you do in five minutes? Not many would claim to watch a film, but it’s a challenge that Singtel would like to make to seasoned and budding content creators with The 5-Min Video Challenge, a regional film competition where participants must create compelling content in a limited time frame.

The challenge’s theme is “Connecting Lives,” which aims to explore how the connections in life can bring the world together. The competition is open to creators from Singtel Group’s markets across Asia, Africa, and Australia.

In the Philippines, Singtel has partnered with Globe to search for the country’s top content creators. Those interested in joining must fill out the application form available on the Globe website and submit their five minute video, along with the video poster, subtitles (if applicable), and members’ photos. Entries will be accepted until October 22, 2017.

“Our partnership with Singtel’s The 5-Min Video Challenge is part of our vision to give more opportunities to talented Filipinos to produce original content. At the same time, we are giving local audiences the chance to have access to quality content which they can watch whenever. Sometimes, all you need is five minutes to get a point across,” shares Chief Commercial Officer, Albert De Larrazabal.

The grand prize winner and the first runner-up will fly to Singapore to represent the country in the regional round, where they will compete with entries from Africa, Australia, India, Indonesia, Singapore, and Thailand. The winners will be announced in a gala celebration on November 22 and the grand prize winner will be awarded $30,000, while the runner-up will take home $15,000.

Singtel will also be giving away special awards such as the Social Media Star award with the prize of $3,000. It is for the entry with the most number of likes on its trailer until October 22. There will also be two People’s Choice winners based on the top 2 entries with the highest votes during the regional voting in November. Winners will take home $3,000 and $2,000 respectively.

The 5-Min Video Challenge was established in 2016 by Singtel to test the creativity of the most talented minds in the region, and create a collection of entertaining and thought-provoking content in bite-sized pieces perfect for the mobile phone, one of the strongest drivers of entertainment consumption.

For more information on the challenge and how to submit your video, visit the website at http://www.globe.com.ph/the-5min-vid-challenge.